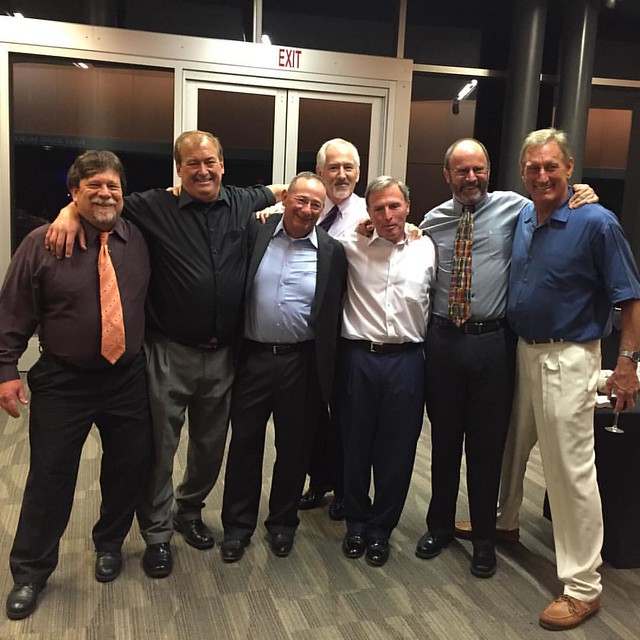 Moving slowly after a very late night, Sharon and I had breakfast in the hotel while the kids slept. Afterwards, we walked down to Fountain Park. The wedding was scheduled to be held outside in the park. The park has some cool fountains. With the wind and the rain picking up, this seemed increasingly unlikely.

Back at the hotel, I lost a game of cribbage to Drew, while Jack lost to Nicki. Nicki then beat Drew to win the morning round. It is interesting to see Drew, Nicki and Jack playing cribbage. Cribbage is really a legacy of Lake Almanor. Drew and Jack watched Tomasin, Wallen and I play for almost 30 years. 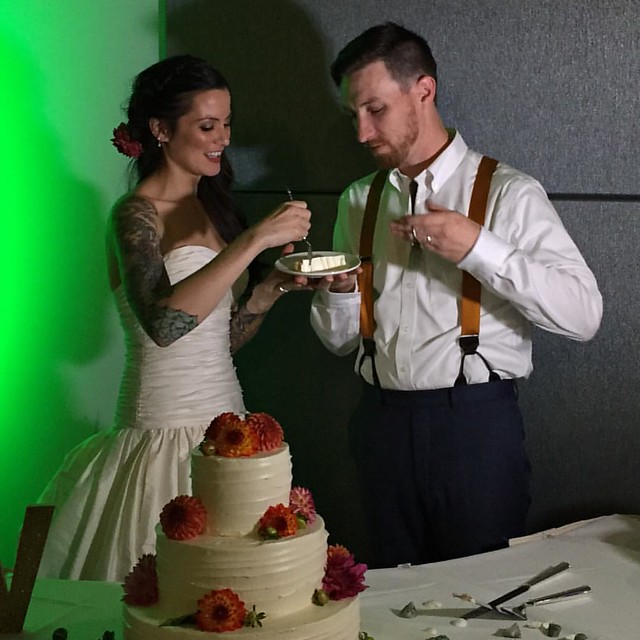 Eventually, we took a group including Drew, Nicki, Jack, Hunter, Yuli, Snipes, Julie, Tomasin, Sharon and I to the Boat Shed for lunch. The weather continued to get worse. At some point, we got a text message saying that the wedding had been moved inside.

After lunch, I was walking through the downtown to catch up with Snipes and Tomasin when I bumped into Wallen. I helped him unload his truck and then ran a shirt up to Nate in his room. Wallen and I then tracked down Snipes, Tomasin and Hunter. The five of us headed back to the Kitsap Conference Center. The preparations for the wedding and the reception were in full swing. In one of the most unlikely scenarios, Tomasin and I ended up tying lace ribbons on chairs for the wedding!

Drew, Nicki and Jack spent most of the rainy afternoon playing cribbage in the room.

Heading back to the room, everyone got cleaned up and walked back to the conference center for the 5 pm wedding ceremony. Drew played a couple of songs as the wedding party and then the bride came down the aisle.

At the reception, Sharon and I ended up at a table with Chabrier and Kay, Hunter and Yuli and another couple. There were more than 200 people at the wedding and the reception. It was a great evening!

The kids had gone back to the hotel before Sharon and I. When Sharon and I started to walk back, it was pouring. We called Drew and he came and got us in the rental car. With an early start planned for Sunday morning, we crashed fairly early.
By Heringer at 8/29/2015 11:59:00 PM