Saturday afternoon, we met the Foys and Rod and Kathy at Zocola's for an early dinner. Liz showed up just as we were finishing dinner. Jack and Bridget had dinner across the street at Paesanos.

From there, we wandered over to Harlow's to see Drew's band Milo Greene. It has been more than three years since we have had a chance to see Milo Greene play in Sacramento.

There was a nice crowd, including the Tomasins (John, Julie, Chris, Mikey, David plus Stephanie), the Snipes (Kurt, Joy, Keith, Craig), the Hunters, the Bachmans, the Foys, the Sanborns, Lee Ann and Dean, Deborah and Cole Cunningham, the Santanas, Rod and Kathy, Liz, Janie et al. I really appreciated the show of support for Drew and the band.

We had a chance to visit and take some pictures after the show. Drew and Nicki ended up spending the night with us. They rolled up about midnight. 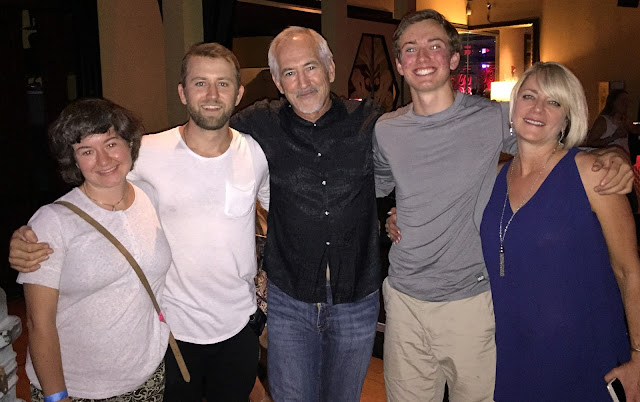