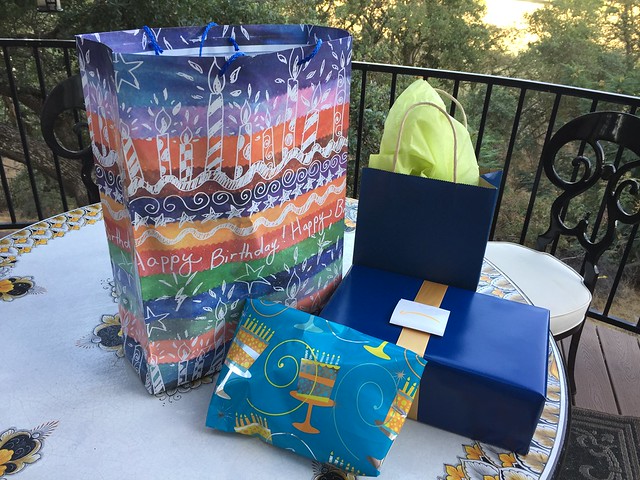 Up before 6 am, we packed up the room, got in the rental car and headed back to SeaTac Airport. It was an easy early Sunday morning drive. We dropped the car at the rental car terminal and breezed through the luggage check and TSA pre screening. I had prepaid for the bags on Saturday. Given what Alaskan charged me for the bags coming and going, I am not sure that it wouldn't have been cheaper to fly Southwest.

It was an easy flight home. The flight was ahead of schedule and we were home before noon.

At one point, we had considered going to the Cardinals versus Giants game at ATT Park for Jack's birthday. I think that we were all glad that we didn't try to tack this on the end of the weekend.

Bridget spent the afternoon at the house. She and Jack spent some time in the pool. Bridget gave Jack a new bathing suit for his birthday.

We finished day with the chinese food, cake and presents on the back deck. Jack ordered enough food for eight people! I got him a projector and a Georgetown shirt, while Sharon got him a boom box. 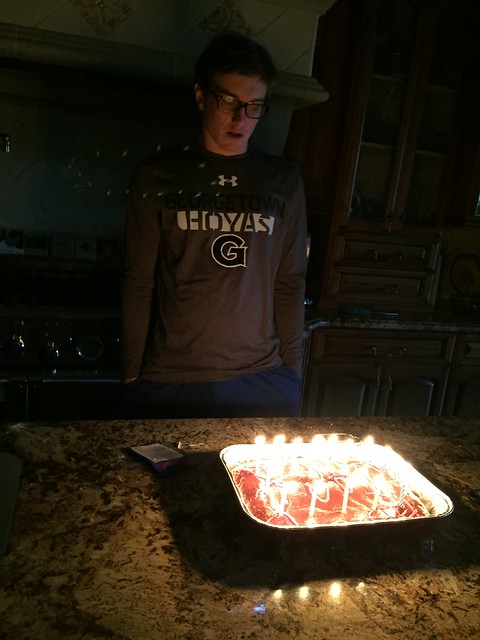 Celebrating Jack's 8th Birthday plus a party and a photo album

Celebrating Jack's 7th Birthday plus a party and a photo album

Celebrating Jack's 6th Birthday plus a party and a photo album