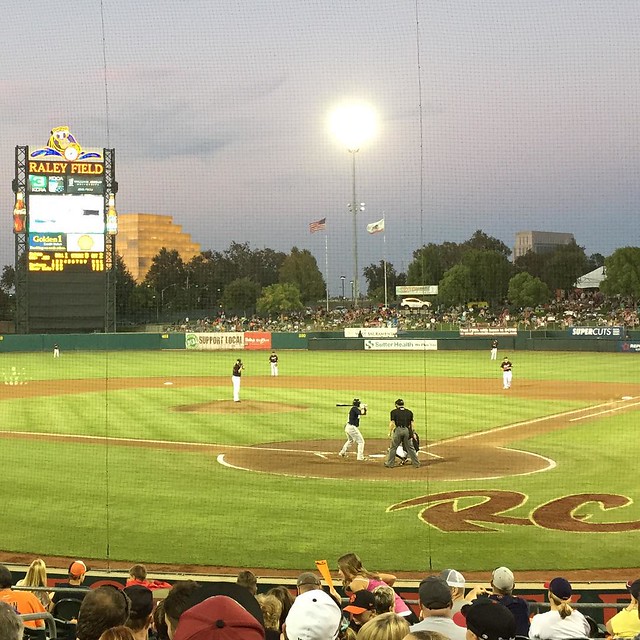 After meeting Tomasin and Snipes at the Plainfield Station on my way home from St. Helena, I headed home to change and then caught up with them at the River Cats game. We had some great seats [Section 113, Row 13, Seat 6, 7 and 8]. The game was sold-out.

Mac Williamson went 4 for 4 with a home run, a double and four RBIs as the River Cats crushed the New Orleans Zephyrs 14-3 to extend their franchise-record winning streak to 12 games.

New Orleans tied the score 3-3 with one run in the sixth inning, but the River Cats erupted for four runs in the sixth, five in the seventh and two in the eighth.

We finished the night at the Back Door Lounge in Old Sacramento.