After breakfast at the concierge lounge at the hotel, we got the car. We have four college tours in and around Boston over the next two days.

The first stop for the day was Boston University. BU had a very nice visitor center near the Charles River. At least for me, they had a unique presentation. They had an admittance counselor and a student. After a video, they tagged teamed the presentation back and forth. Sharon said that one of the schools on their Chicago trip used the same approach.

BU is an urban campus stretched out over a mile along the Charles River. It didn't feel quite as urban as George Washington or NYU. 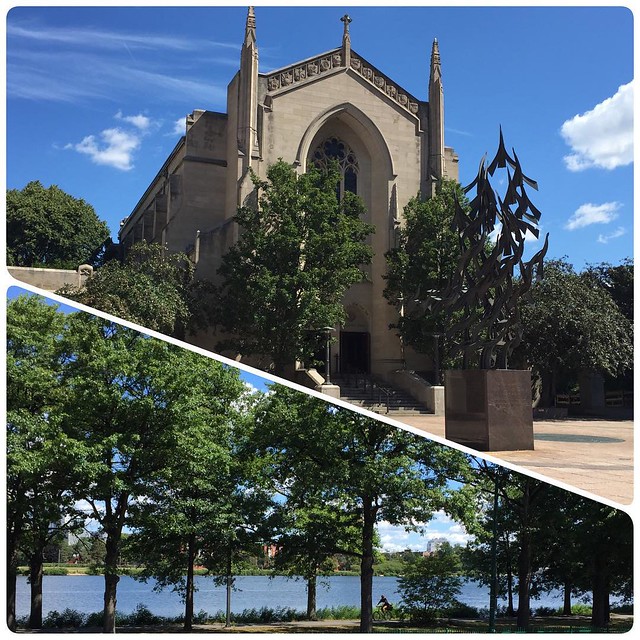 After the BU tour, we drove to Boston College and parked on the campus. We walked over a mile to Chesnut Hill for some lunch at Aquitaine. Back on the campus after lunch, we bought some BC swag.

The BC presentation was also a little different. It included a panel of five students answering questions for about 30 minutes. BC has a very nice campus. It is much more a traditional college campus compared with GW, BU and NYU. I was surprised how much the students talked about going to the football games! 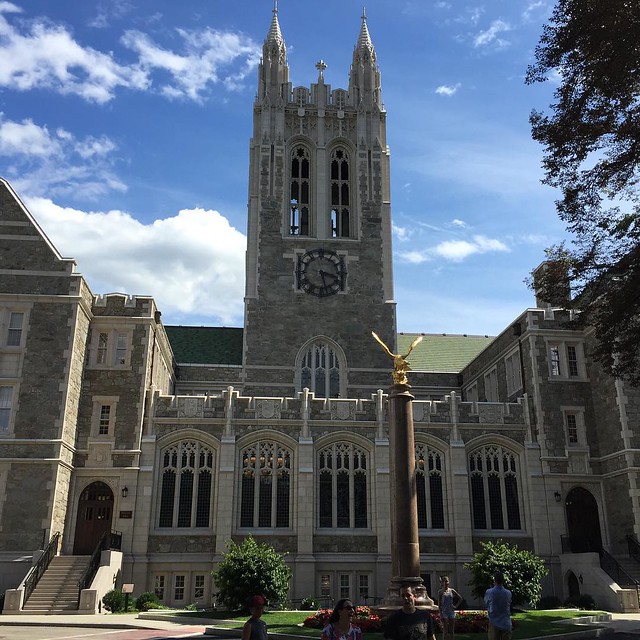 It took us over an hour to drive 5 miles back to the hotel after the BC tour. The traffic is making me more than a little crazy.

Over the course of the day, we decided to go to Mission Impossible at the IMAX. After getting a snack at the concierge lounge, we walked more than a mile to the theater near the Boston Commons.