Sharon, Jack and I took our bikes to Discovery Park for a ride along the American River Trail. We rode a little more than 5 miles to a spot directly behind Cal Expo. At this point, Jack was ready to turn around. I told Sharon and Jack that I was going to ride up a little further and then turn around and catch up with them. Sharon told me that as soon as I took off Jack said "Let's race him back to the car." I ended up riding up to the six mile mark before turning around. I pushed it hard all the way back, but could not catch them. They were just pulling up to the car when I rounded the last corner.

Using the GPS off of Jack's bike, I generated these maps: 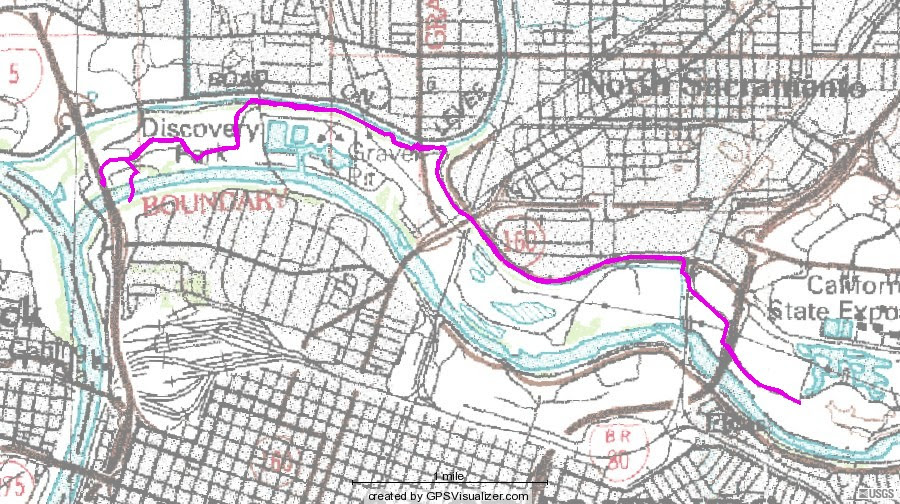