It very hard to portray the scale of Milford Sound in pictures. At one point, we were sailing very close to a wall that was twice as high as the Empire State Building.

Overnight, the ship anchored in a cove in the sound. I got up before 6 a.m., showered and went up on deck to see the sun rise. Swedberg was the only other early riser.

After breakfast, the ship cruised the sound looking for penguins and seals. We got a chance to see a number of Crested Fiordland Penguins and some seals. The ship headed back out to the Tasman Sea. Along the way, the captain stopped at a number of waterfalls. At several points, he parked the front of the boat under the waterfall. 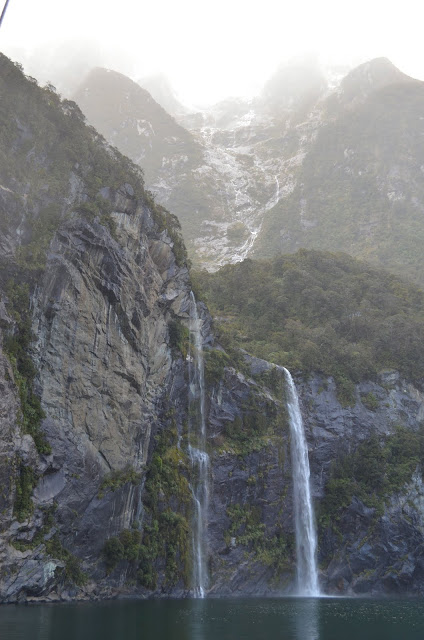 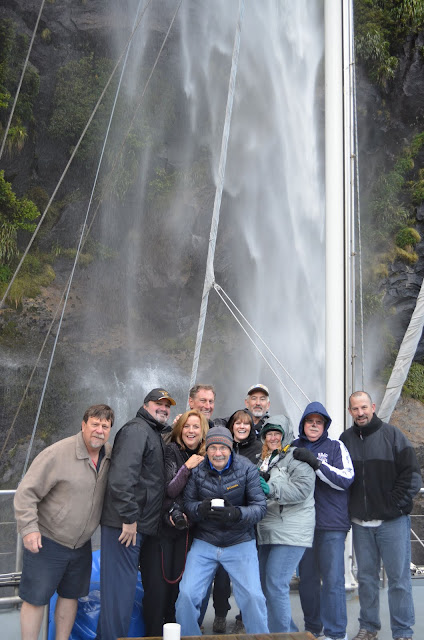 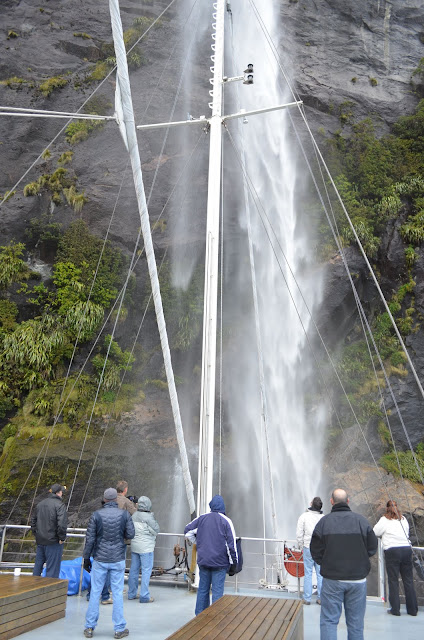 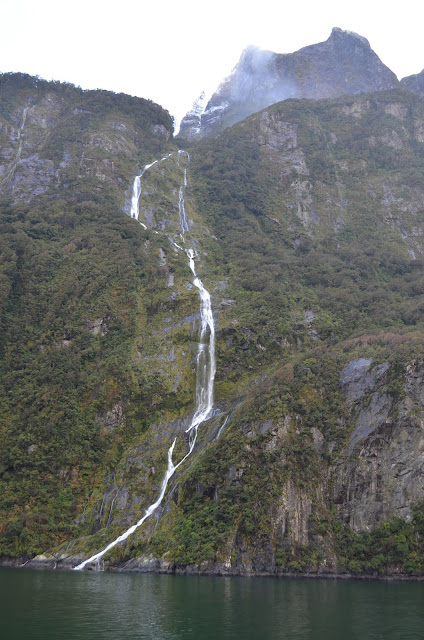 About halfway out the sound, the crew put up a couple of the sails. The ship went further out into the Tasman Sea than last night. Eventually turning around, we cruised back up the sound on the other side. It was a very nice morning. We got back to the dock and unloaded about 10:30 a.m. This is definitely one of the high points of the trip!

Back in the car with Tomasin, Julie, and Hunter, we headed to Queenstown. This was more than a four hour drive. We stopped and hiked at Mistletoe Lake and then had lunch in Te Anau. It was after 4:00 p.m. by the time we reached Queenstown.

We are starting the next three nights at the Scenic Hotel Queenstown. It is a very nice room with a kitchen, living area and balcony overlooking the downtown and the lake.

After getting settled, Hunter, Tomasin and I headed downtown to scout someplace to have dinner. Although the area seems a little like Lake Tahoe, the downtown is much nicer than any of the cities around Lake Tahoe, The downtown is right on the water with a wharf.

Eventually, the entire group got together for a late dinner on the waterfront. I am going to have to try and figure out the name of the place. I finally broke down and got rack of lamb. By the time, we ended the evening and headed home it was after 11:30 p.m.
By Heringer at 9/19/2011 11:59:00 PM