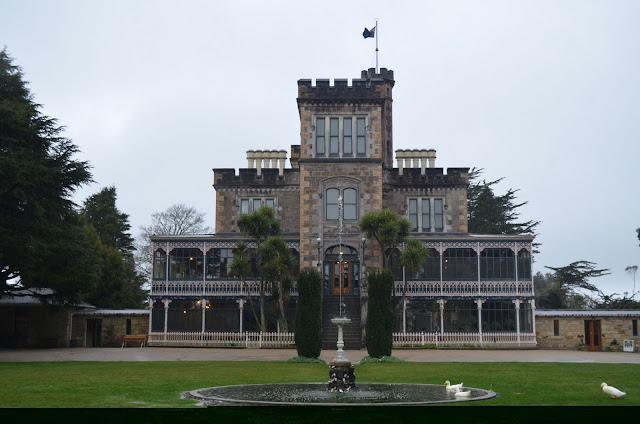 view from the room! 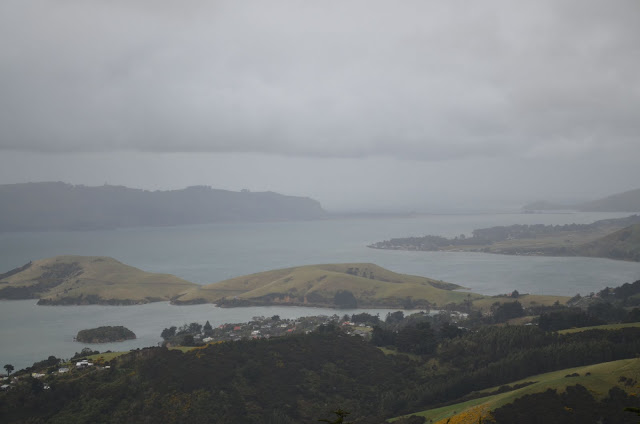 This is a travel day. I set for alarm for 4:50 a.m. We loaded into the van at 5:45 a.m. for the trip to the airport. We are flying from Auckland to Dunedin on the South Island. Julie wandered up to the gate about 15 minutes before boarding. She left San Francisco on Saturday night and landed in Auckland about 5:40 a.m. on Monday morning. The group is now 10 strong.

We took caught a 7:15 a.m. flight. We were on the ground about 9:00 a.m. Collecting the luggage, we headed to the rental car terminal The group has three cars for the next ten days.

At the rental car counter, the person suggested Capers for a late breakfast. It was about a 35 minute drive into downtown Dunedin. With Tomasin, Hunter and I in one car, we successfully found our way to the restaurant. With Tomasin driving and me navigating, it was a little bit of an adventure. Driving on the left side of the road is going to be interesting!

After breakfast, we wandered briefly though the downtown. This would be an interesting place to explore, but i am not sure that we are going to get much of a chance. We are spending the next two nights at Larnach Castle which is about 10 miles out of town up a winding road.

We eventually found our way to the castle and checked in. The rooms were not ready yet so we had a couple of beers in the cafe. When we finally got into the rooms, we ended up having a lazy afternoon. With the rain coming down hard, we stayed close to the rooms. There are 12 rooms in the old stable buildings with some amazing views of the bay. After having my own room for the first four nights, I will be bunking with Hunter for at least the next two nights. Hunter and I spent an hour or two divining the mysteries of life. I wandered out for a few minutes in the rain to get some pictures of the castle.

Our stay includes dinner in the castle both of the next two nights. I chose lamb rump. We headed down for cocktails at 6:30 p.m. The group for dinner included the ten of us plus a newly wed couple and a welsh father and son pair. It was a lively and interesting evening. I have to admit that I got more than a little animated by the end of the dinner.

Hunter and I finished the night talking to Julie in her and Tomasin's room before finally crashing about 11:00 p.m. The plan for tomorrow is to explore the Otega Peninsula and see penguins! 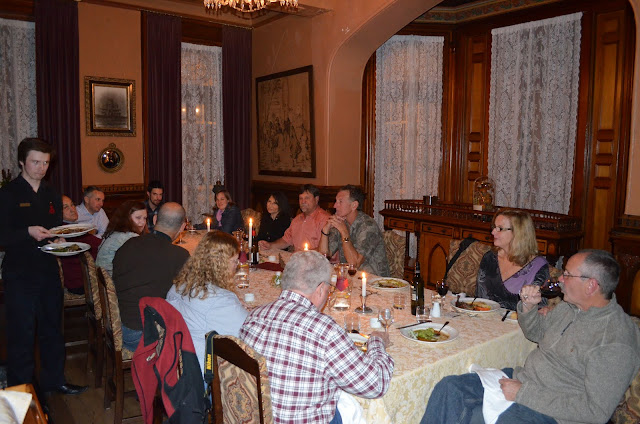