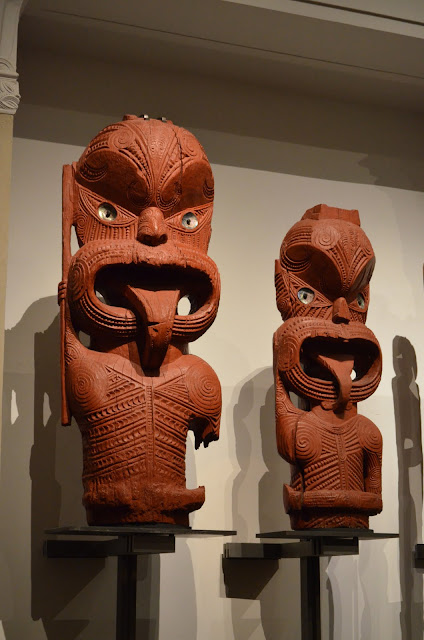 Over the first three days on the ground in New Zealand, we have had great weather. About 4:00 a.m. Sunday morning, I woke up with the wind blowing hard. Sleeping a little later, I eventually wandered down to breakfast. It started to rain during breakfast.

With an earlier rugby game in the afternoon, my plan for the morning was to visit the Auckland Museum. Tomasin decided to tag along. At this point, it was raining very hard. We grabbed a cab up to the museum and spent about 2 hours wandering over the three floors. My high points were the Maori artifacts and the display of the giant indigenous birds. Tomasin and I also sat through an odd interactive display that illustrated the impact if a volcano erupted in the Auckland harbor.

When we left the museum, it was pouring. We caught a cab back to the hotel.

Swedberg arranged for a van to pick us up at 1:30 p.m. and take us to the Australia versus Italy game. Due to some miscommunication problems, Tomasin ended up with about 4 extra tickets. I kept him company outside the stadium while he tried to sell them, including a brush with an undercover officer and a lengthy discussion with the police.

For the first time on the trip, I sat with Swedberg and his wife Deb. We had seats on the third deck just about the 50 yard line. I enjoyed sitting on the side because I felt like I could see the plays develop. With the score tied 6 to 6 after 52 minutes, Australia pulled away to win by the score of 32 to 6.

We caught the van back to the hotel and watched the second half of the USA versus Scotland game. Deb made a pasta dinner for the group in the kitchenette.

With a very early start planned for the next day, I crashed in the room about 11:15 p.m. 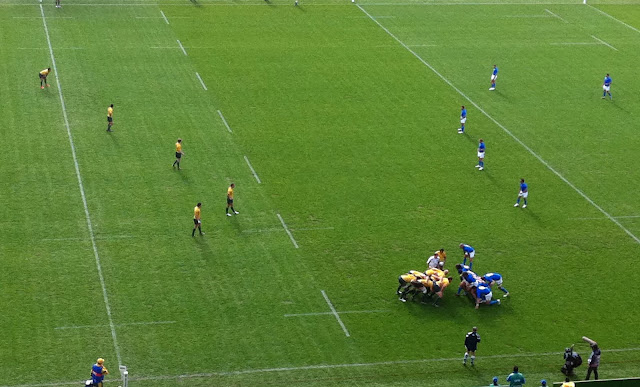