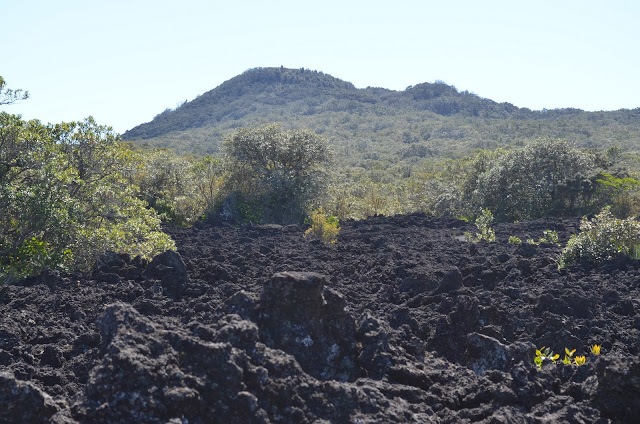 After a continental breakfast at the hotel, Tomasin and I caught a cab to the Ferry Building. The plan for the day was to take the 9:15 a.m. ferry to Rangitoto Island. Rangitoto is the youngest and largest island volcano just off the Auckland Coast. Like Friday, the weather was very nice: clear skies and surprisingly warm.

It was an hour hike to the top. From the summit, there were spectacular 360 degree views of Auckland and the Hauraki Gulf Islands. The volcano has a fairly large crater. 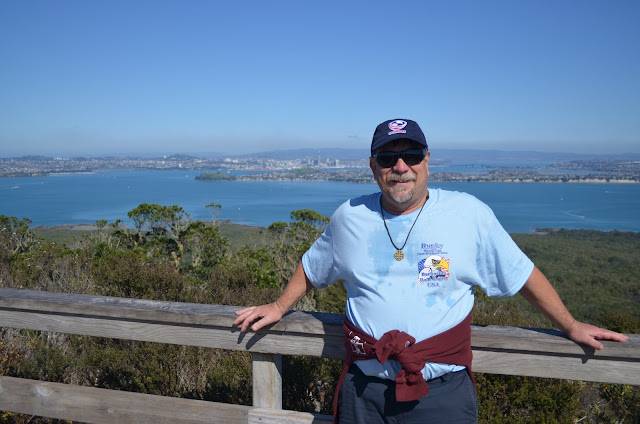 On the way back down from the summit, we explored a side trail that included a series of lava caves. 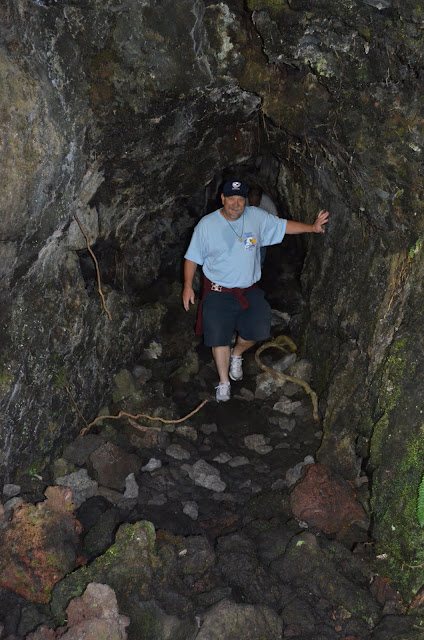 We hiked back down to the wharf and caught the 12:45 p.m. ferry back to Auckland. We had some mexican food for lunch near the ferry building and then caught a cab back to the hotel.

Swedberg arranged a van to take the group to the evening's rugby team. We saw France versus Japan at the North Harbor Stadium. This stadium was about 30 minute drive north to the suburb of Albany. It was a very competitive game. With France leading by the score of 25 to 21 with about 10 minutes to go, they scored three quick trys to put the game out of reach and win by the score of 42 to 21. 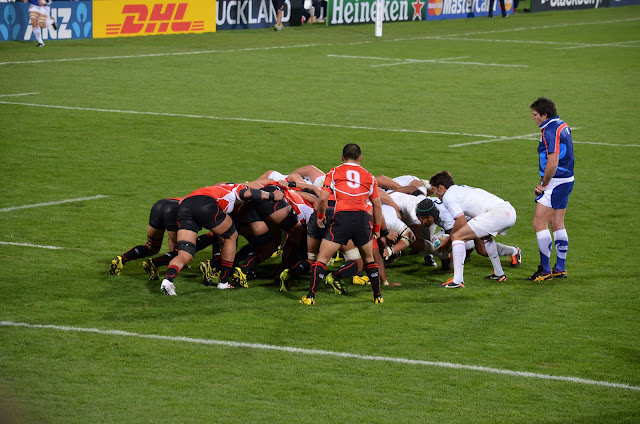 We had arranged for the van to come back and pick us up after the game. We headed back to Parnell Road and had a late bite to eat at the Ivory Bar watching England narrowly beat Argentina. I wandered back to the hotel fairly early and was in bed and out about 10:30 p.m.
By Heringer at 9/10/2011 11:59:00 PM