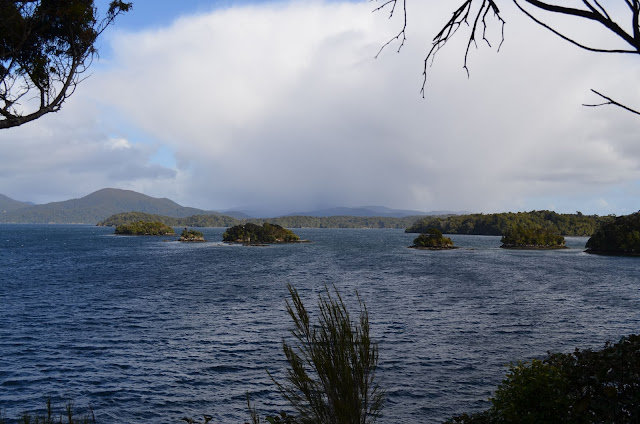 The plan for the day was to head to Steward Island. After a quick breakfast, we were out the door by 8:30 a.m. and headed to Bluff to catch the ferry. It is an hour ferry ride from Bluff to Stewart Island. We took the 9:30 a.m. ferry and were on the island about 10:30 a.m. The first half of the ride was pretty rough; there were 4 to 6 foot seas.

Once on the island, the group split up. Swedberg and I found the information center. They recommended a hike called Ryan's Creek. We covered about 7 miles in a little more than three hours. A large part of the hike was near the shore of Peterson's Inlet. It was a little muddy. We got back into town a little before 2:00 p.m. and got lunch at the pub near the ferry building. I really enjoyed the hike.

While Swedburg and I were hiking, Tomasin, Julie, Hunter and Deb took an excursion to Ulva Island. They were disappointed with this tour; they did not see any wild life. While they did not see anything, Swedberg and I at least saw a New Zealand Pigeon (picture below) and lots of deer tracks.

After they got back, Tomasin, Hunter, Swedburg and I checked out the pub. Tomasin and Hunter played pool against a couple of local fishermen. One of my few regards of the trip is that we did not spend the night on Steward Island and close down the pub. I think that we could have had a tremendous time hanging out with the locals. Unfortunately, we could not get the hotel arrangements in Invercargill lined out in order to make the excursion; the B&B's would not let us split up nights.

The group caught the 3:30 p.m. ferry back to Bluff. While rough, the sea was calmer than it was in the morning.

We went straight to the Marist Rugby Club to watch Oregon State play Marist. Oregon State got beat up pretty badly; they were outscored by 5 or 6 trys to 1. After hanging out in the Marist clubhouse for a bit, we headed to Cobb & Co to watch the USA versus Russia rugby game and have some dinner. The USA beat Russia by the score of 13 to 6. Most of us headed back to the B&B's and were done for the night after the game was over. 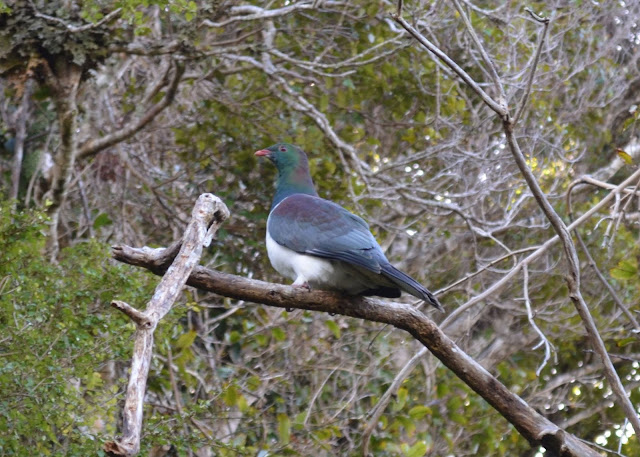