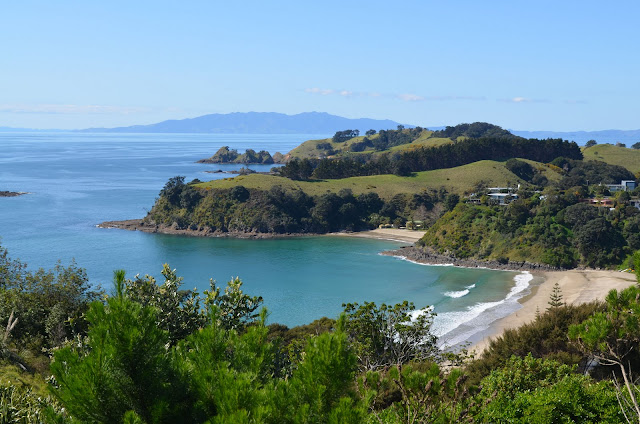 This turned into a very long day. Up early, we had a continental breakfast at the hotel. Afterwards, we had a van take us to the ferry building. While there was initially some debate, at the last minute, everyone in the group decided to go wine tasting on Waiheke Island.

Waiheke Island is about a 35 minute fast ferry ride from the downtown. The weather was absolutely beautiful: clear skies and temperature in the 60's. A tour bus picked us at the dock. The first stop was a high point with views of the island, surrounding islands and the bay. From there, we made stops at three wineries: Kennedy Point, Wild on Waiheke (also a brewery) and Stony Ridge. We had lunch at the Stony Ridge Winery.

We caught a packed 2:00 p.m. ferry back to the harbor. When we got back to the downtown, it was crawling with people there for the opening ceremonies. Tomasin and I caught a cab back to the hotel to drop off some wine and sell a couple extra tickets to Friday night's game.

We walked back to the downtown and then started along the fan trail. Eventually, we caught up with part of the group. The fan trail turned out to be a little bit of a death march. It was a marked trail all the way from the downtown to the Eden Park Stadium with a few bands and other activities along the way. I think that it was marked as less than 2 miles, but felt a lot further.

Eventually, we got to the stadium and our seats. They had an hour long opening ceremony focusing on New Zealand themes followed by the game. New Zealand ran over Tonga and won the game by a score of 41 to 10.

With New Zealand way ahead, Tomasin and I wandered off in the second half and, after a little bit of an adventure, caught a cab back to Parnell Road. We finished the night with a late dinner at Non Solo Pizza watching the end of the game on a big screen. By the time I got back to the hotel and down for the night, it was after 11:30 p.m. 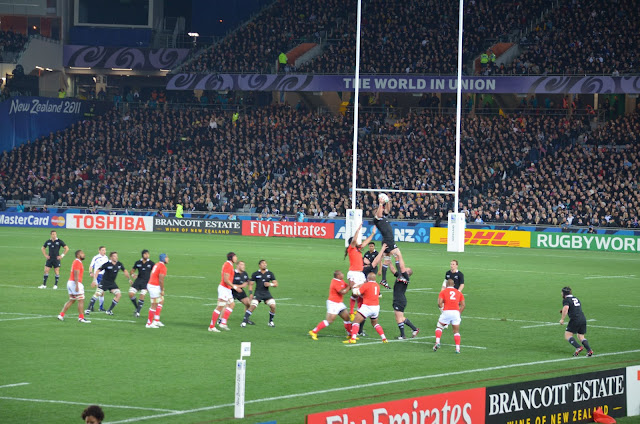