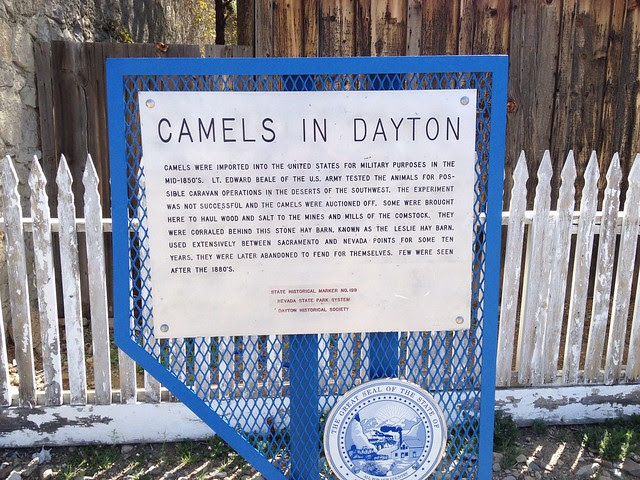 CAMELS IN DAYTON
Camels were imported into the United States for military purposes in the mid-1850s. Lt. Edward Beale of the U.S.Army tested the animals for possible caravan operations in the deserts of the southwest. The experiment was not successful and the camels were auctioned off. Some were brought here to haul wood and salt to the mines and mills of the Comstock. They were corraled behind this stone building, known as the Leslie Hay Barn. Used extensively between Sacramento and Nevada points for some ten years, the camels were later abandoned to fend for themselves. Few were seen after the 1880s. 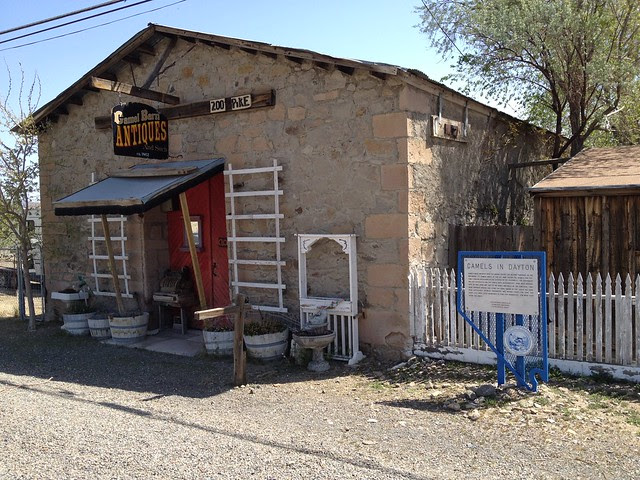