A very long, but extremely satisfying day. Up early, Sharon, Jack, Drew and I left the house about 7 a.m. for the Baccalaureate Mass. 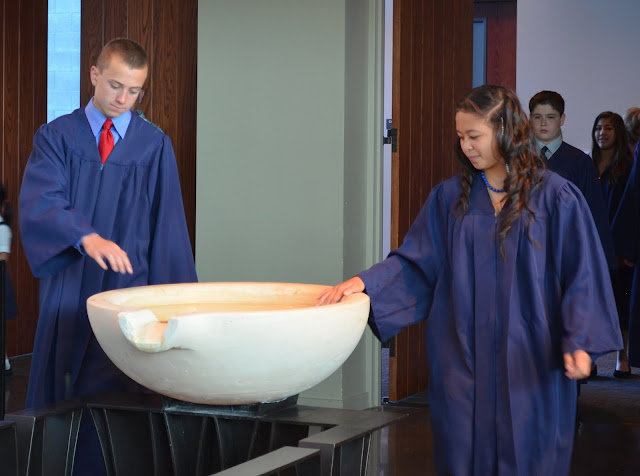 The Mass included a ceremony where the 8th graders gave candles to each of the 7th graders; a literal passing of the torch. 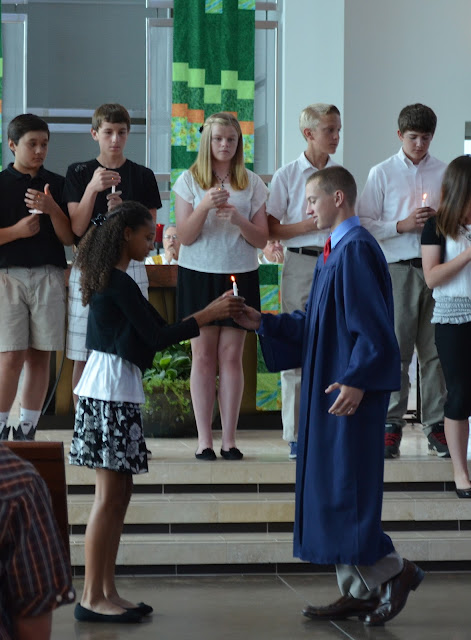 Afterwards, there was a brunch in the Parish Hall. We sat with the Hassets. The brunch included a very nice 18 minute video with pictures covering the last 9 years; all of the families got a copy of the video. There was also an awards ceremony. Jack made the honor roll all three quarters and received highest honors in all of his classes. By the time we got home from the brunch it was after 1:00 p.m.

We turned around and headed back to the school at 4:00 p.m. Tim, Tom, Becky, Eric and Liz joined us for the graduation ceremony at Good Shepherd Church. We have known for the last two weeks that Jack was the valedictorian and that he would be giving the valedictory address at the graduation. Nevertheless, for both Sharon and I, it was pretty emotional. We are very proud of what Jack has accomplished. He did a solid job giving the speech. I was surprised that his classmates gave him a standing ovation after he was done and was walking back to his seat. 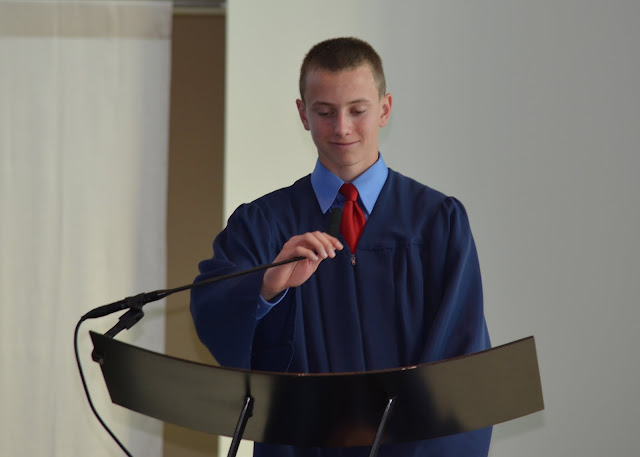 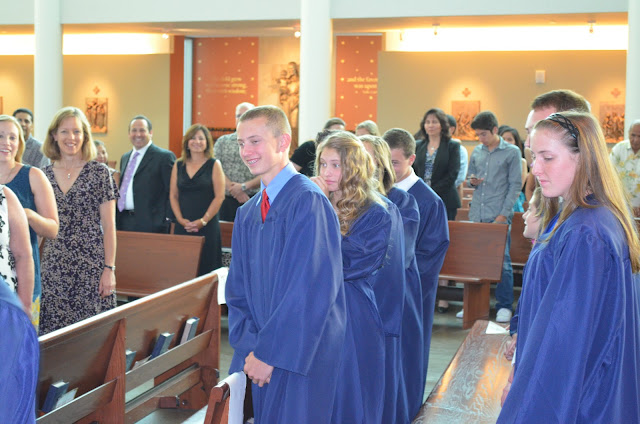 After the graduation ceremony, our group celebrated in the parking lot with a bottle of champagne. Sharon, Jack, Drew and I headed back to the parish hall for dinner. We sat with Laskins; their son David will be going to Jesuit with Jack next year. I took Sharon and Drew home, while Jack stayed for a grad night celebration. We got home about 10 p.m. and then I turned around 30 minutes later and went back to pick up Jack. It was almost midnight by the time I got home and in bed. As I said, a very long day... 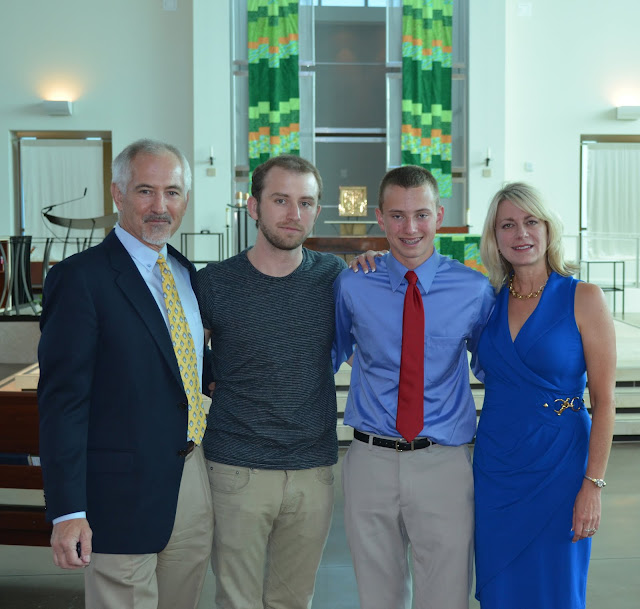