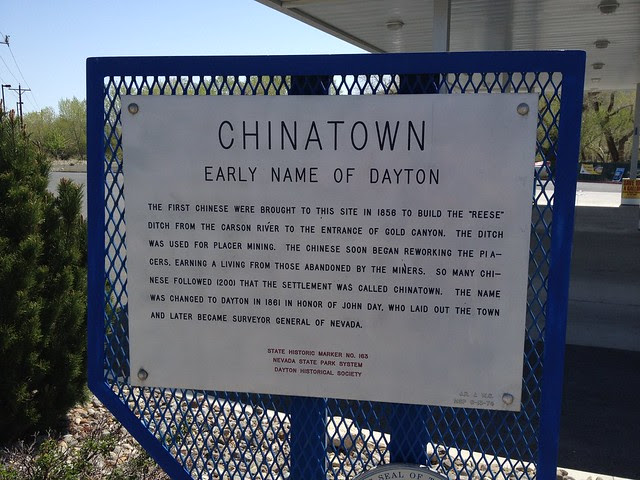 Chinatown
Early Name of Dayton
The first Chinese were brought to this site in 1856 to build the "Reese" ditch from the Carson River to the entrance of Gold Canyon. The ditch was used for placer mining. The Chinese soon began reworking the placers. Earning a living from those abandoned by the miners, so many Chinese followed (200) that the settlement was called Chinatown. The name was changed to Dayton in 1861 in honor of John Day, who laid out the town and later became General of Nevada. 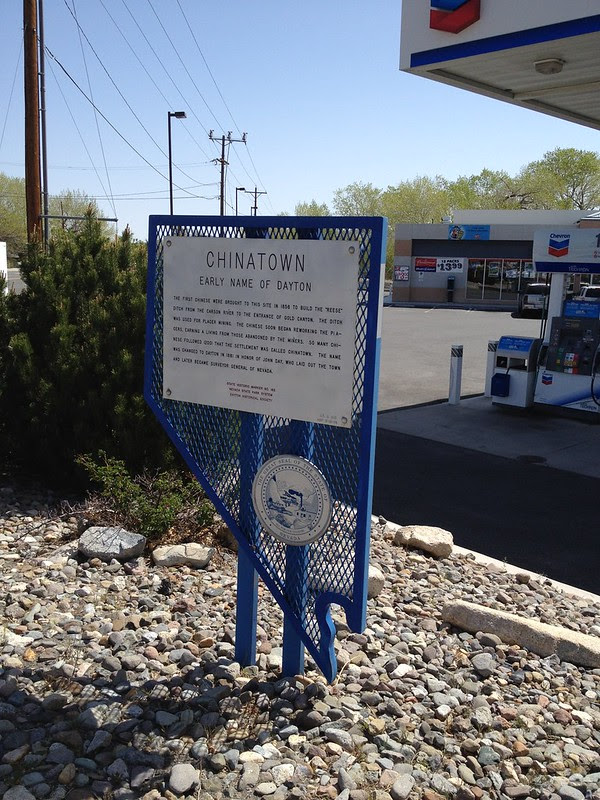