Spafford Hall's Station was the first Pony Express stop in Dayton. The Union Hotel now occupies the second site for the remount station. 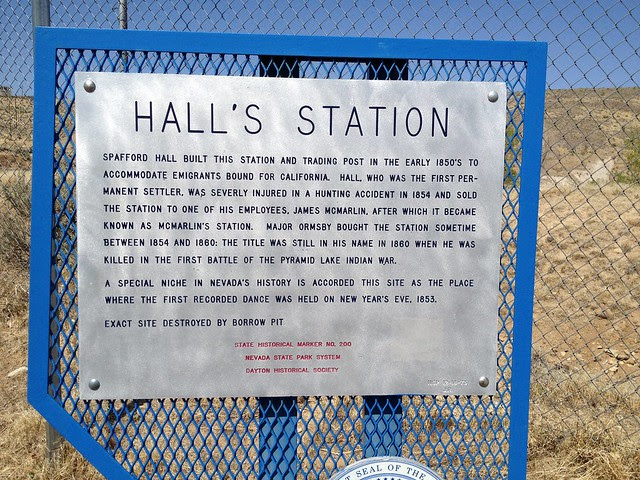 HALL’S STATION
Spafford Hall built this station and trading post in the early 1850s to accommodate emigrants bound for California. Hall, who was the first permanent settler here, was severely injured in a hunting accident in 1854 and sold the station to one of his employees, James McMarlin. It became known as McMarlin’s Station. Major Ormsby bought the station sometime between 1854 and 1860. The title was still in his name in 1860 when he died in the first battle of the Pyramid Lake War.

A special niche in Nevada’s history is accorded this site as the place where the first recorded dance was held on New Year’s Eve, 1853. The exact site was destroyed by an excavation for building materials. 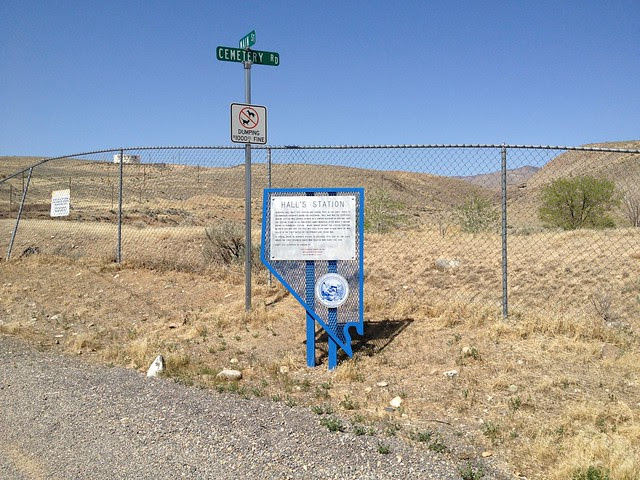