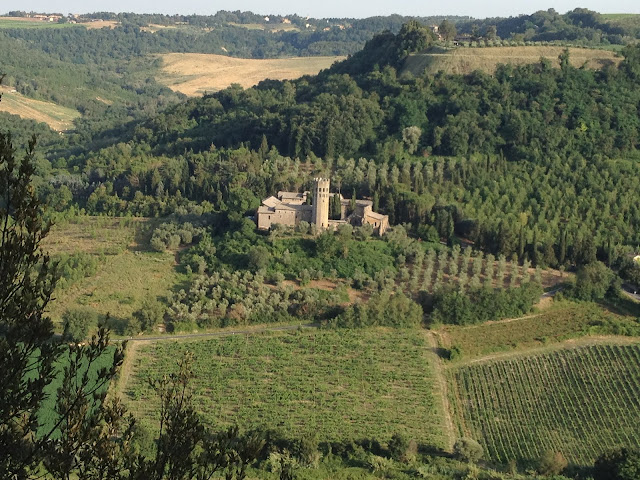 After three nights in Rome and three nights in Sorrento, we will be on the move more over the next week. We are planning to spend one night near Orvieto on the way to Siena.

After a quick breakfast at the hotel, Sharon packed up the room, while I walked to pick up a Hertz rental car. I had a struggle getting back to the hotel with the car. The GPS seemed to want to lead me down into the port below the hotel. I finally headed out of town and then looped back towards the main square following the signs and ignoring the GPS. I think that part of the problem was that the GPS was set for North and a map display rather than a heads up display.

I finally found my way back to the hotel and we were on the road about 10:15 a.m. It was about a four hour drive to Orvieto. Once we got back to Naples, the drive was almost all freeway. We made two stops, including getting lunch at an AutoGrill.

The GPS led us to the wrong address, but we got back on track fairly quickly. We got to the hotel about 2:30 p.m. We are spending one night at the Hotel La Badia di Orvieto. The hotel was originally an Abbey built in the 6th century. We have a gorgeous corner room that looks out at the hilltop city of Orvieto. The picture above shows the hotel viewed from the hilltop city of Orvieto, while the picture below shows a view of the city and the Duomo from the hotel.

Sharon and I wandered the grounds and then had a cold drink in the bar. Jack had fallen asleep so we had a struggle getting him up and going. He was a bear for the rest of the day. We drove the car to a parking lot below the city and then took a series of escalators up into the town.

We toured the duomo. Afterwards, Sharon wanted to shop. I took the kids on a walk through the town to the fort and back. One of the lessons from the day is that we need a better game plan for Siena than we had for Orvieto. After a series of guided tours and scheduled days, the kids got restless when we had a looser itinerary.

Catching back up with Sharon, we took some pictures of the hotel from the city and then found a quiet place for some wine. We ended the night with a very nice dinner at La Palomba. Sharon had the "best pigeon ever," while the kids and I had ambricelli al tartufo for a first course and lamb and pork for a second course. The lamb that Jack and Morgan had was very good.

I really liked the hotel where we stayed, but will not be coming back to Orvieto. 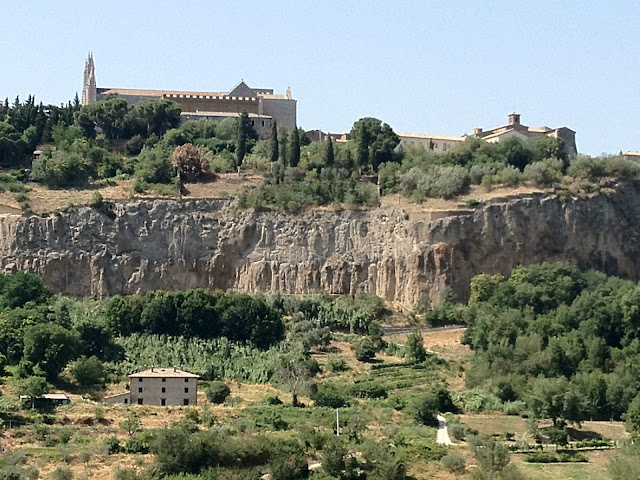