Up before 6 am, this was moving day. We packed up the apartment and wandered down to the cab stand. We caught a cab to the Roma Termini Train Station. After a bite to eat, we caught the 9:00 a.m. high speed train to Naples.

Sharon had arranged for a car to pick us up at Naples, but when we got off the train no one was there. After a couple of phone calls, it turns out that the driver was late and stuck in traffic. The driver eventually met us and we got everything loaded in a van.

From there, we headed to Pompeii. Sharon originally thought that we had arranged for a driver and a tour of the ruins. It turned out that it only included a stop at the ruins. The driver scheduled a tour guide as we were heading to the Pompeii. We took a two plus hour tour that included all of the high points of the site, including the Roman baths and the brothel. Although we had a little trouble understanding the guide, she moved quickly through the site and hit all of the major points of interest. I looked at the guide books afterwards and was amazed at how well she followed the their path.

When we were done, we had a quick glass of wine and a snack. Back in the van, the driver took us to the Grand Hotel Excelsior Vittoria in Sorrento. We will be spending the next three nights at hotel exploring the Amalfi Coast.

Getting settled in the room, everyone headed to the pool. We hung out around the pool for the rest of the afternoon; something that we rarely do. Sharon had be threatening to head straight to the pool all day. After a hot, dusty afternoon at the Pompeii ruins, the pool felt particularly good.

Getting cleaned up, we had a drink on the balcony overlooking the ocean. We finished the night with a long dinner at the hotel restaurant. By the time I got back to the room and down for bed, it was after midnight. 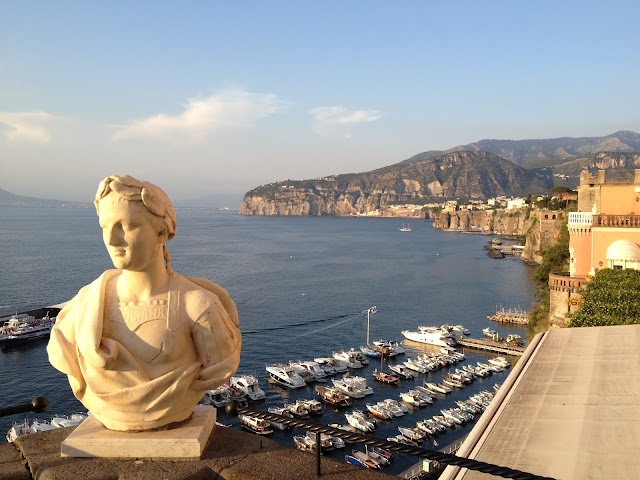 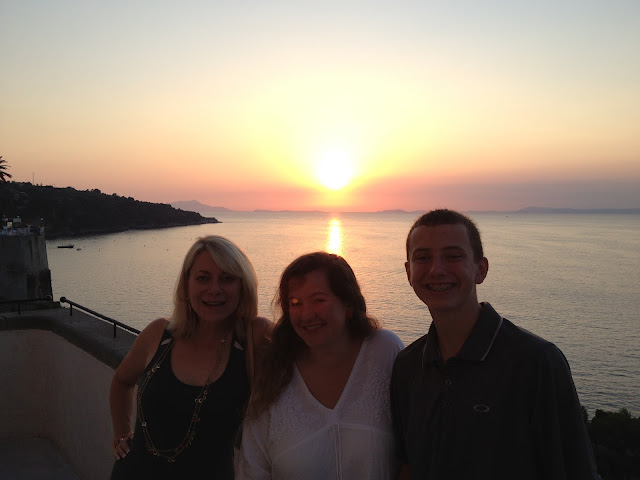