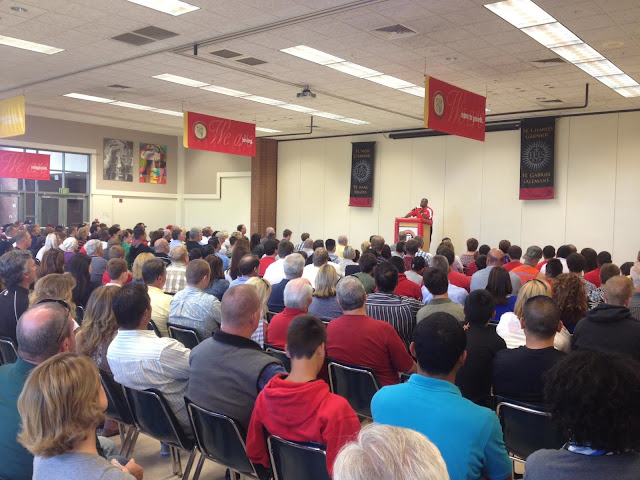 Running on fumes, I went to the 2012 football orientation at Jesuit High School on Tuesday night. They introduced the new coach and passed out the training schedule for the summer. Twice a day practices three days a week for frosh and JV players start on Monday, June 11.

After playing flag football for the last six years, Jack has his sights set on making the Jesuit Freshman Football team. After being a no-cut sport in the past, the frosh team will be a cut sport this year.
By Heringer at 6/06/2012 06:00:00 AM