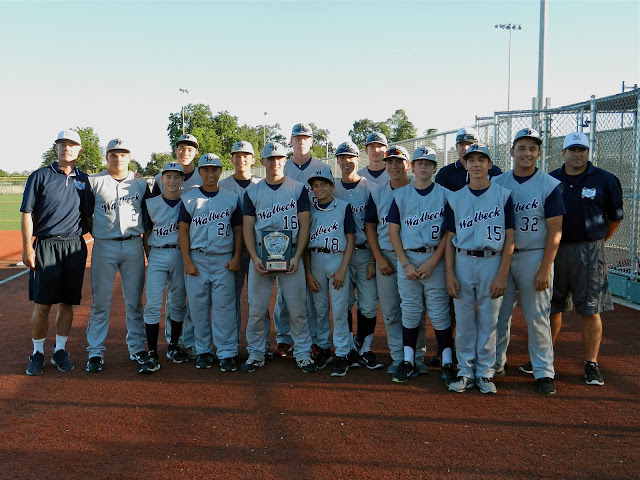 After the pool play the Walbeck Elite 15U were seeded first. They played the Reno A's in the semi-final game. The Elite had beaten the A's on Saturday by the score of 5 to 4.

In the field, Jack played centerfield. He did not have a put-out or an assist. He handled one line drive up the middle.

The Elite drubbed the A's and won the game by the score of 8 to 0.

The Elite played the Sacramento Valley Storm in the championship game of the tournament. They lost to the Storm in the Memorial Day Tournament.

In the field, Jack played centerfield. He had one put-out.

With the game tied 6 to 6 in the top of the sixth, the Elite pitchers walked the first three batters in the inning. They ended up giving up five runs before they could get out of the inning and lost the game by the score of 11 to 6 to finish second in the 2013 RCTB World Series Warm-up Tournament.

The Storm pitcher threw seven innings and 115 pitches. Apparently, the kid also threw a complete game on Saturday and one inning in a game earlier on Sunday. He probably threw more than 225 pitches in the two days. This seems criminal...