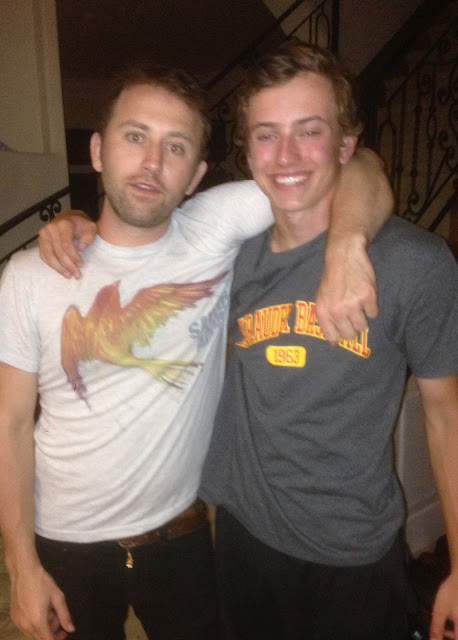 On his way back from spending a few days working at the Sugarloaf Fine Arts Camp, Drew stopped by. It was great to have a chance to see him. Drew, Jack, Sharon and I had a mexican dinner at Rey Aztec. I also got a chance to hear some new music: a potential Milo Greene song for the next album [Don't Wait], some work in progress for next album and a song that Drew recorded with a couple of other guys in Nashville. Milo Greene will not be touring as much in the next six months as they work on the next album.
By Heringer at 7/28/2013 11:59:00 PM