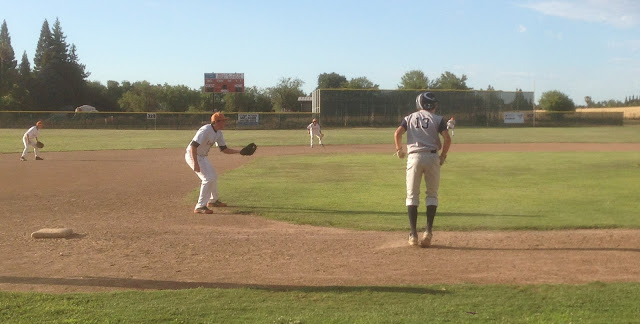 The Walbeck Elite 15U team played the Sacramento Valley Longhorns at Bella Vista High School. I am not sure where this team is from. I originally thought that it was the ELk Grove Longhorns, but this was clearly wrong.

At the plate, Jack was 1 for 2 with 2 RBIs and a strike-out. Coming into the game in the bottom of the fourth with bases loaded, he hit a 0 and 2 pitch for double into right center. Jack drove in Pyles and Iwasa for two RBIs. He went to third on a passed ball, but ended the inning there when Gross struck out and Clarke flied out. Jack struck out swinging on a 1 and 2 pitch in the bottom of the sixth.

In the field, Jack played three innings in centerfield. He had one put-out.