17 years plus Drew and Nicki

Sharon and I were married seventeen years ago today. Although we celebrated our anniversary with a trip to New York last weekend, I got her a turquoise bracelet.

After Jack worked out with Matt Walbeck, we had a late lunch with Drew, Nicki and Drew's roommate Spencer at Piatti's. Drew and Nicki were in town to see a production that Spencer is producing called The Deadly Harvest. It was nice to have lunch with Morgan and Beau last weekend and then Drew and Nicki this weekend! 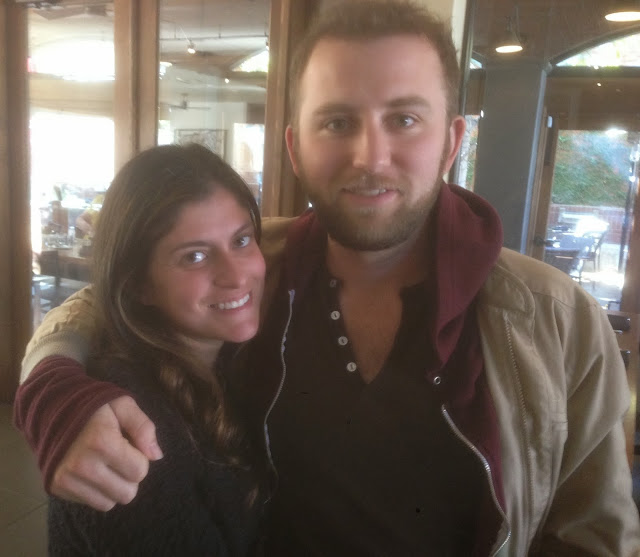 Email ThisBlogThis!Share to TwitterShare to FacebookShare to Pinterest
Labels: Andrew