Jack, Sharon and I went to the rosary service for Anthony this evening. Anthony's son was a classmate of Jack's at SEAS. 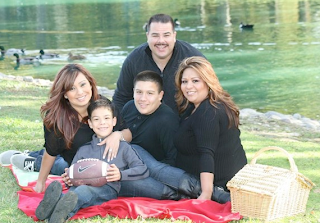 Anthony grew up in Sacramento, CA and graduated from C.K. McClatchy High School in 1989. He was a dedicated peace officer with the California Department of Corrections and Rehabilitation for 17 years. He spent his career at Folsom State Prison, Mule Creek State Prison and California Health Care Facility, Stockton where he was a Lieutenant. He was also a devout Catholic and 3rd Degree Knight of Columbus.

Tony was happiest when he was spending time with his family. He shared his passion for the Oakland Raiders, the New York Yankees and his Harley with everyone that knew him. He was highly respected by many and the young men in his family looked to him for guidance. His love, smile and sense of humor brought joy to everyone that knew him and he will be deeply missed.