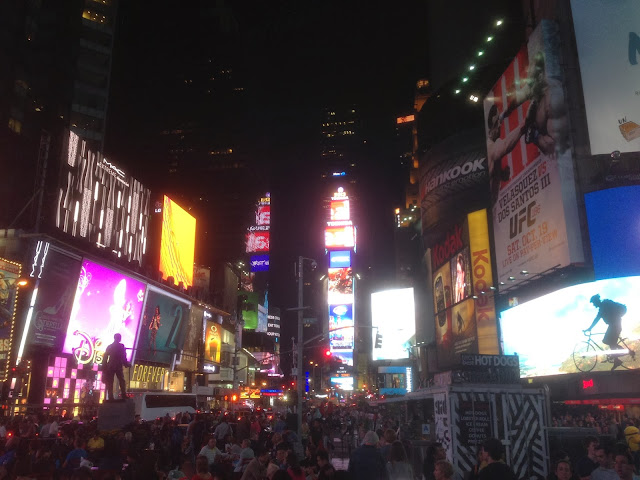 Up at 4 am, Sharon and I caught a 6:25 am Southwest flight from Sacramento to Denver. With a short layover, we were on a flight from Denver to La Guardia in New York City. We were on the ground about 4:30 pm and at the hotel before 6 pm. We will be spending the next few nights at the Marriot Eastside.

The Gainsleys took the red eye and landed at JFK early Thursday morning. They spent most of the day wandering around the city before we got there. The four of us will be spending the next couple of days exploring New York City.

After getting cleaned up, we walked towards Time Square. Sharon had made a reservation at Bobby Flay's Bar Americain. We had dinner there in 2009 with Jack. I had sea bass, while Sharon had a pork loin.