Jack and I stopped here on the way back from a baseball tournament at Big League Dreams in Manteca. 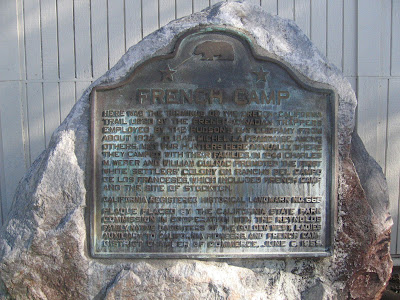 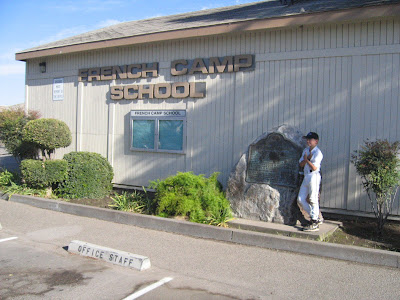 Here was the terminus of the Oregon-California Trail used from about 1832 to 1845 by the French-Canadian trappers employed by the Hudson's Bay Company. Every year Michel La Framboise, among others, met fur hunters camped with their families here. In 1844 Charles M. Weber and William Gulnac promoted the first white settlers' colony on Rancho del Campo de los Franceses, which included French Camp and the site of Stockton.
Posted by Heringer at 10/01/2008 11:59:00 PM