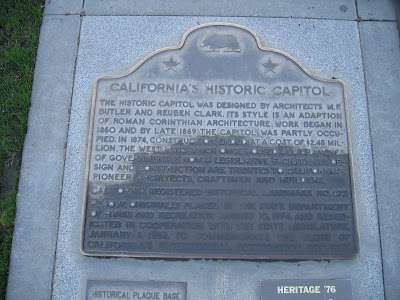 The historic Capitol was designed by architects M. F. Butler and Ruben Clark. Its style is an adaptation of Roman Corinthian architecture. Work began in 1860 and by late 1869 the Capitol was partly occupied. In 1874, construction ended at a cost of $2.45 million. The west wing which once housed all branches of government is now a legislative facility. Its design and construction are tributes to California's pioneer architects, craftsmen, and builders.

The granite slab under the historical marker originally sealed the Capitol's cornerstone time capsule at the northeast corner of the building from 1881 to 1978. It was relocated here in 1982. 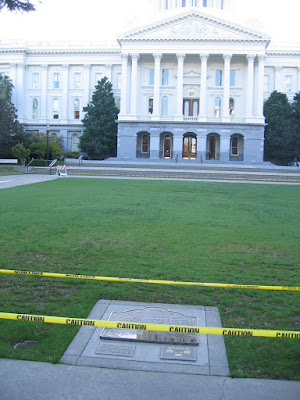 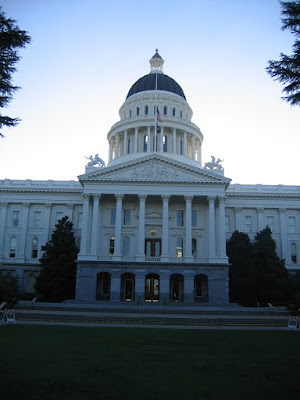