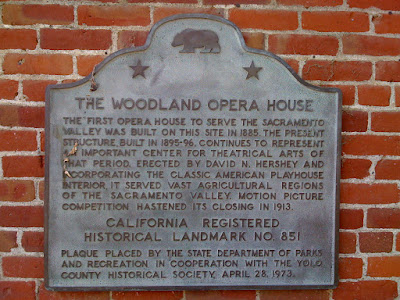 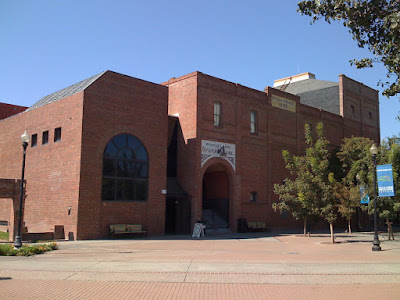 The first opera house to serve the Sacramento Valley was built on this site in 1885. The present structure, built in 1895-96, continues to represent an important center for theatrical arts of that period. Erected by David M. Hershey and incorporating the classic American playhouse interior, it served vast agricultural regions of the Sacramento Valley. Motion picture competition hastened its closing in 1913.

The Yolo County Historical Society purchased the building in 1971 to ensure that it did not fall to the wrecking ball and bulldozer. Declared a state historical park in 1976, the Historical Society gave the property to the State of California in 1980 and in 1981 the restoration began.

Reopened in January of 1989 after a seven-year, $2,000,000 restoration project. For the first time in nearly eight decades, the venerable brick building in the heart of California's Sacramento Valley, began to offer live entertainment on a year-round basis.