After a lack of success in the play-offs over the last two years (missed in 2014, one and done in the 2015), Jesuit won its first two play-off games this year before losing two close games. Jesuit beat Rocklin by the score of 3 to 2 and Vintage by the score of 4 to 0. Jesuit then lost to Elk Grove by the score of 6 to 5 in eight innings and were eliminated by Woodcreek by the score of 8 to 7. 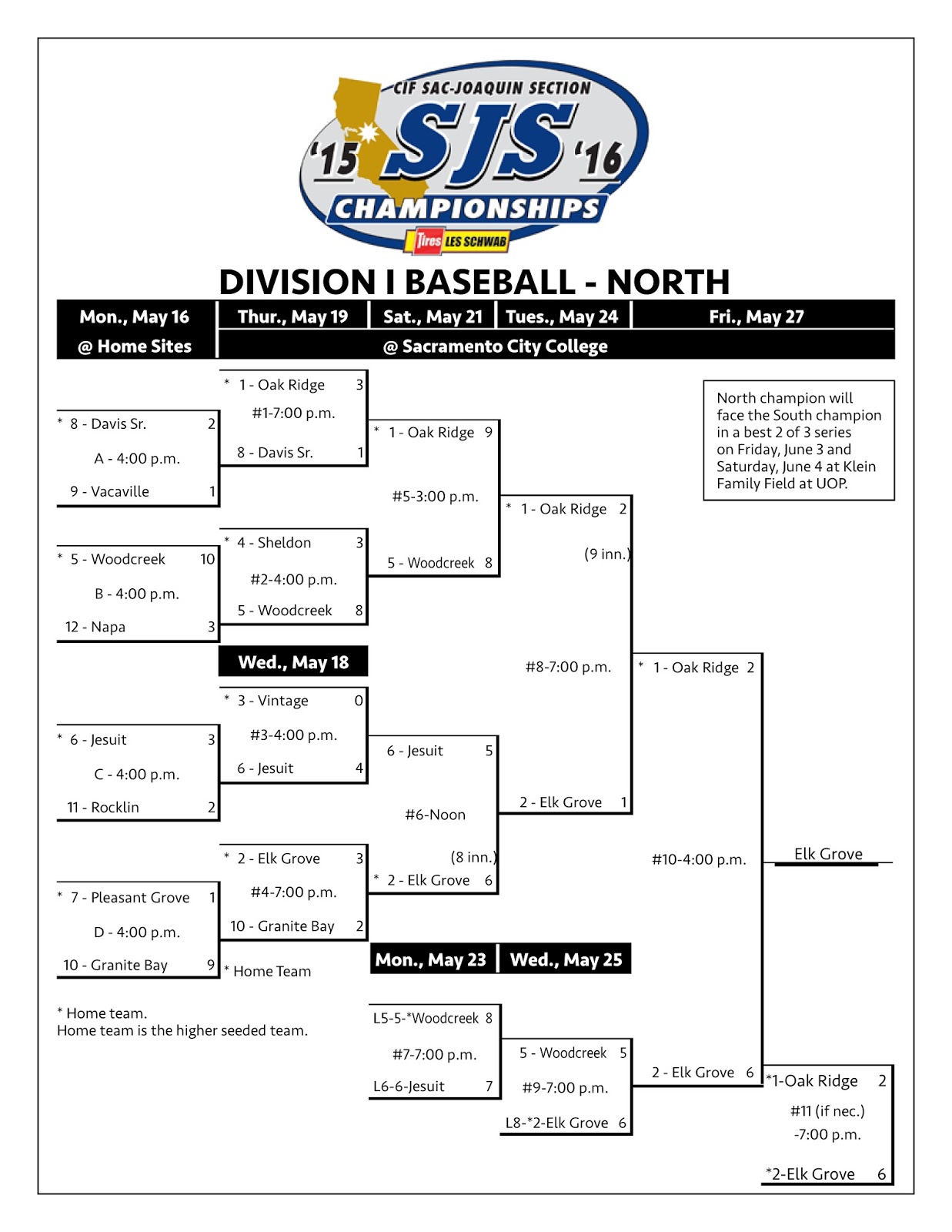