Sharon and I spent most of the day going to birthday and graduation parties! 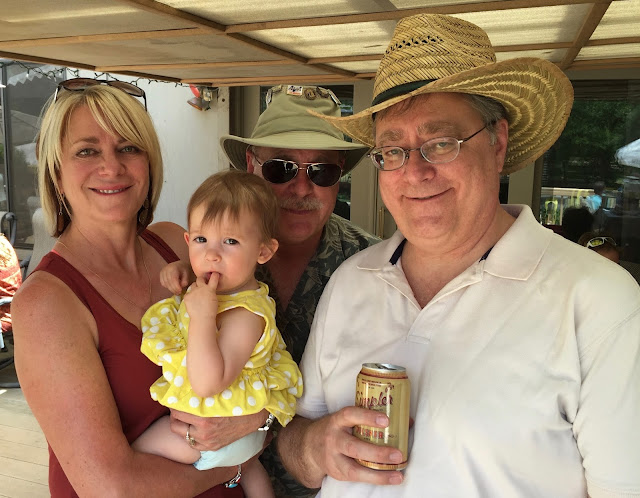 With Jack on his way back from camping, Sharon and I headed to Terri and Steve Funk's house at lunchtime for Lydia's first birthday party. Lydia is Sharon's nephew Kevin's daughter. There was a pretty good size group of people (>25?) spread out in the Funk's back yard. 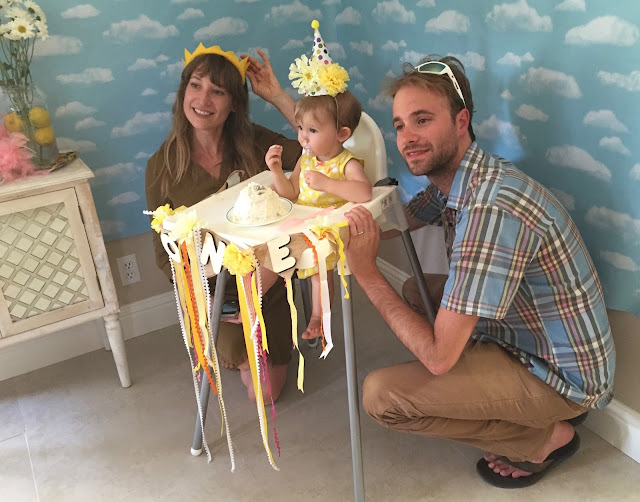 After a quick stop at home, Sharon and I headed to the Marchant's for Emma's graduation party in the early afternoon. Jack was just leaving this party as we were arriving. After going to grammar school with Jack, Emma and Jack have remained friends. Emma went to St. Francis High School and will be heading to San Diego State. We had a chance to talk to a couple of parents that we knew from St. Elizabeth Ann Seton.

From there, we headed to Kiki's graduation party. We ended up staying at this party a lot later than I expected. We closed down the party sitting in the backyard talking to Kiki's parents (Dana and Bob) and another couple. Bob is working on a book about Janusz Kusociński, a polish track star from the 1930s.
By Heringer at 6/11/2016 11:59:00 PM