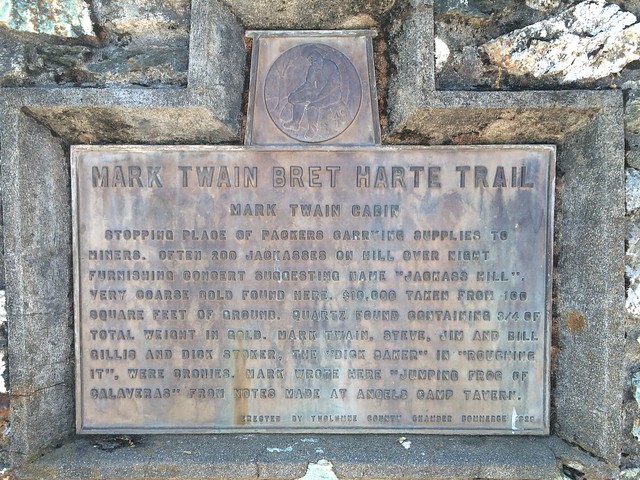 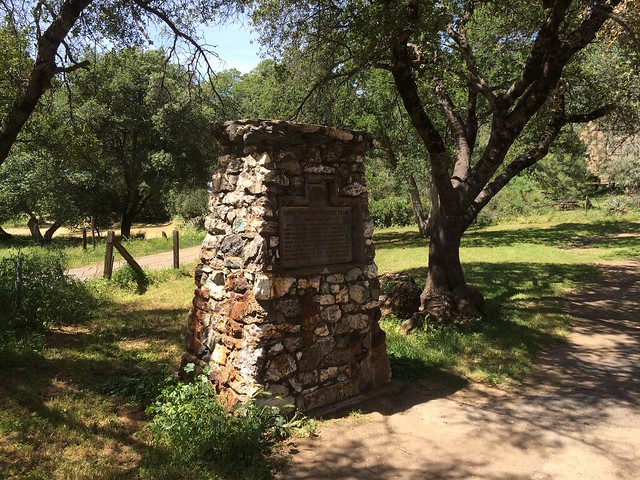 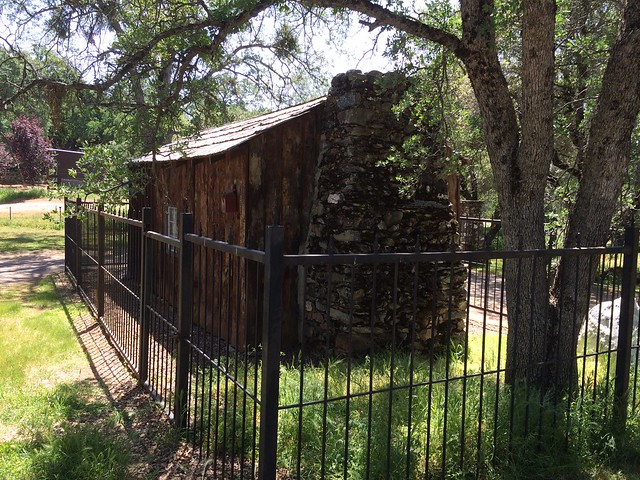 There are two traditional California Historical Landmark markers along Highway 49 and an additional plaque placed by the Rotary at the cabin. 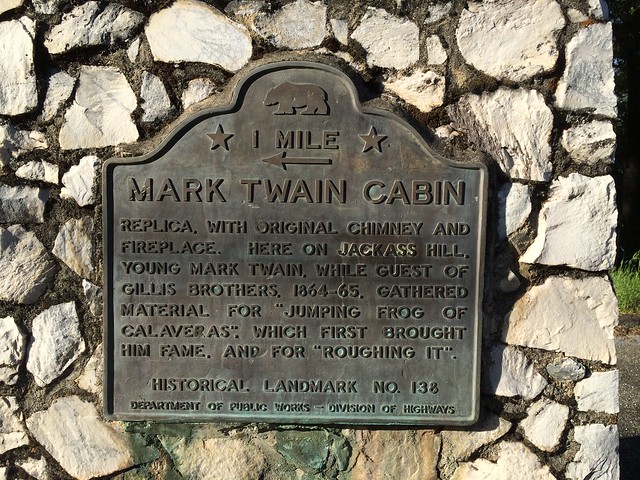 This is a replica of Mark Twain's cabin, with original chimney and fireplace. Here on Jackass Hill, young Mark Twain, while guest of the Gillis Brothers in 1864-65, gathered material for The Jumping Frog of Calaveras County, which first brought him fame, and for Roughing It. 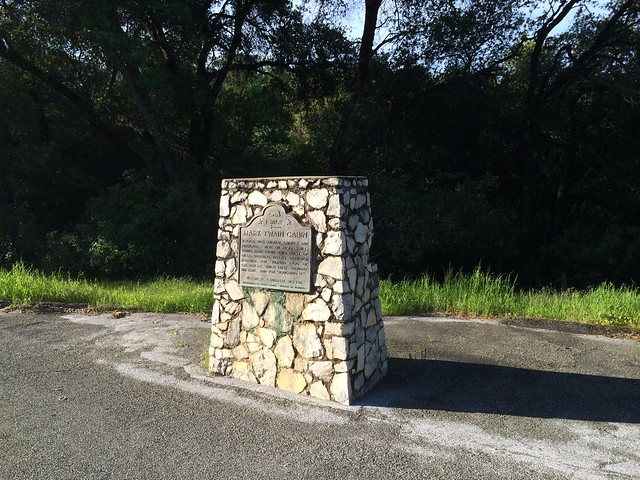 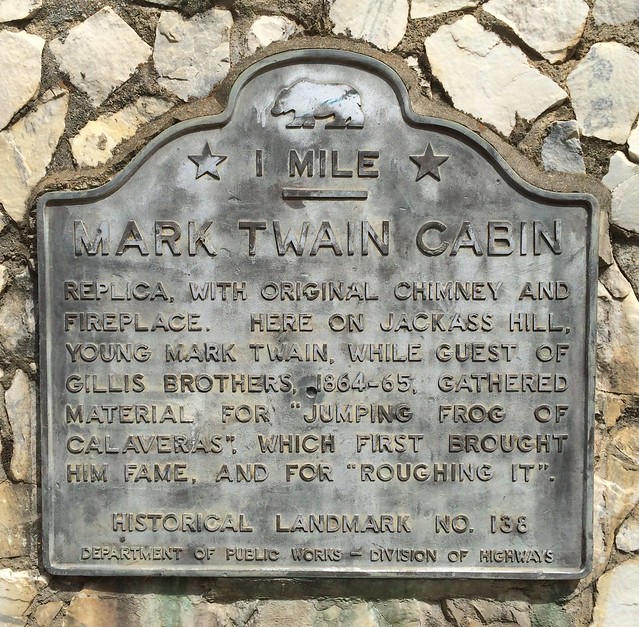 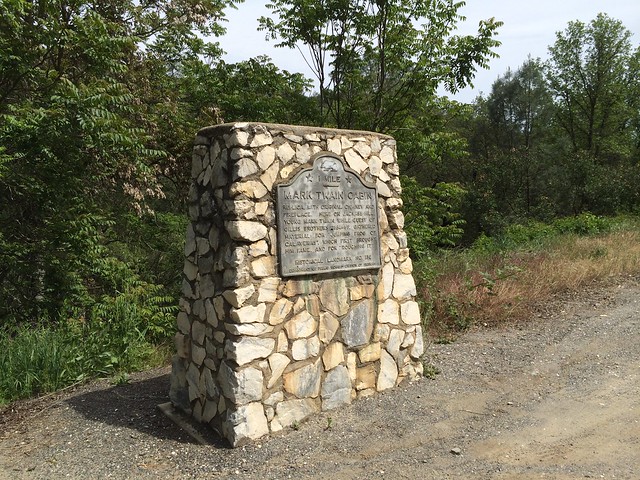 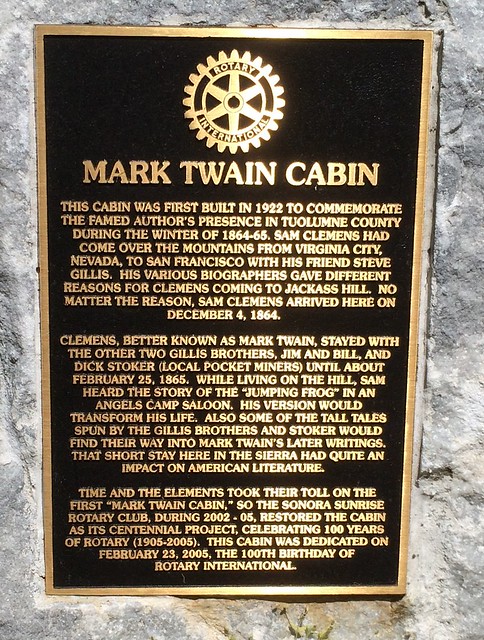 This cabin was first built in 1922 to commemorate the famed author's presence in Tuolumne County during the winter of 1864-65. Sam Clemens had come over the mountains from Virginia City, Nevada, to San Francisco with his friend Steve Gillis. His various biographers gave different reasons for Clemens coming to Jackass Hill. No matter the reason, Sam Clemens arrived here on December 4, 1864.

Clemens, better known as Mark Twain, stayed with the other two Gillis brothers, Jim and Bill, and Dick Stoker (local pocket miners) until about February 25, 1865. While living on the hill, Sam heard the story of the "jumping frog" in an Angel Camps saloon. His version would transform his life. Also some of the tall tales spun by the Gillis brothers and Stoker would find their way into Mark Twain's later writings. That short stay here in the Sierra had quite an impact on American literature.