It was a very slow, lazy morning. I wandered down to the Chabrier's house and Tomasin's cabin early. After breakfast, Chabrier took off on a quick business trip to the South of France!?! He expects to be back late on Friday afternoon.

Sitting on the deck of the Chavez Cabin, we watched the Tomasin boat and a wave runner head north along the shore. About 30 minutes later, a very strong wind came up out of the south. The boat and the wave runners had to fight their way back through the chop. It was pretty amazing; I don't think that I have ever seen the wind come up that quickly on the lake. 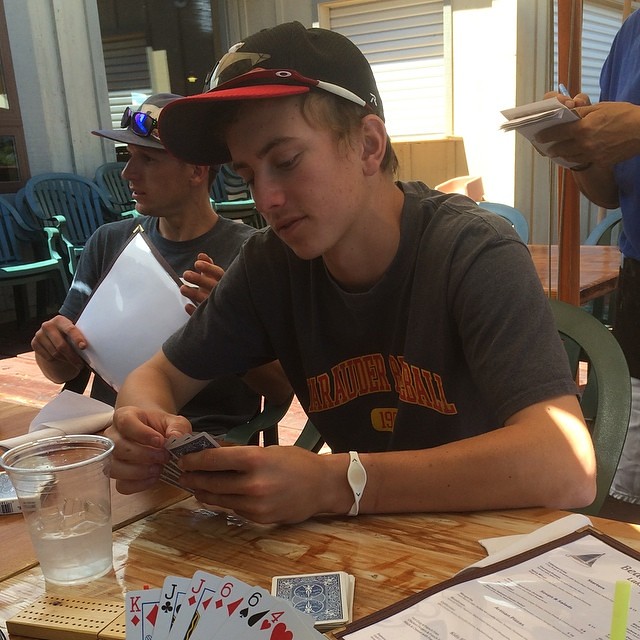 We rallied the group and had an early lunch at Plumas Pines. Sharon took off for home after lunch.

Tuesday afternoon, Tomasin and I did something that we have not done in the 28 years that we have been coming to Lake Almanor. We drove to the old mining town of Seneca. The town was put up for sale in February of 2014. There is a resort in the town that has been open until recently. I believe that Bachman actually went there when it was open.

Tomasin and I continued around to Butt Lake before rejoining Highway 89 on the western shore of Lake Almanor. We made stops on the shore of Butt Lake and Plumas Pines before heading back to the Dorado Inn.

After we got back, I took Jack and Tiber up to the Chabriers. Tiber played with Raider while Jack took out a wave runner.