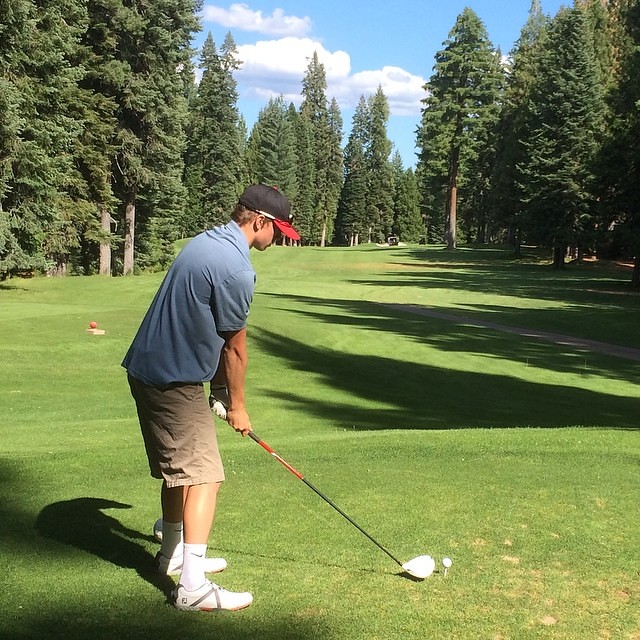 This was one of the longer days on the lake. In spite of being out late, I set an alarm. With Jack and I cooking, I wanted to get the shopping done early. I headed to Chester to buy supplies.

On my way back, Jack called in a panic. He couldn't find Tiber. Hunter had left one of the back deck gates open. It turned out that Tiber had followed Hunter down to the dock.

A barge had come to lift Hunter's boat off of the bottom of the lake. Tiber was on the dock barking at the barge. They got boat on to the trailer. Based on advice from his mechanic, Hunter took the boat to a local mechanic to have the engine cleaned out.

After getting the groceries unloaded, Jack and I went out on the Tomasin's boat with Tomasin, Chris and Mikey. All of us wakeboarded. Jack took four long runs. I was actually able to get up on the second try. I am going to post a Facebook album of wakeboarding pictures in the near future.

Once we were done, we swung by and picked up the patio boat, a wave runner and what was left of the Chabrier group. We also ended picking up Hunter and Yuli. Hunter ended up wakeboarding behind Tomasin's boat.

With the wind coming up, I took the patio boat and the wave runner over to Knotty Pines to get gas. It was windy and rough on the way back.

By the time we got back to the cabin, it was after 2:00 pm. Jack and I had a quick bite to eat. The plan for the afternoon was golf.

Jack and I got cleaned up and headed to Lake Almanor West. We hit a few balls on the driving range. Although there was some running amok, Jack and I ended up playing with Chris and Tomasin. I enjoyed the course and everyone's company. I struggled to string together shots. I had a number of very good shots, but then would have two or more bad shots in a row. I just couldn't seem to recover from a bad shot. My elbow was more than a little sore from all of the balls we hit on the range on Wednesday. Jack struggled with his game, but kept a good attitude until the ninth hole. Hunter, Yuli and Brian {Kay's son} played in a foursome behind us.

Jack and I hustled back and got dinner going. We made hamburgers, baked beans, macaroni and cheese and salad. For dessert, we served ice cream bars. By the time we got everyone served, it was after 8 pm.