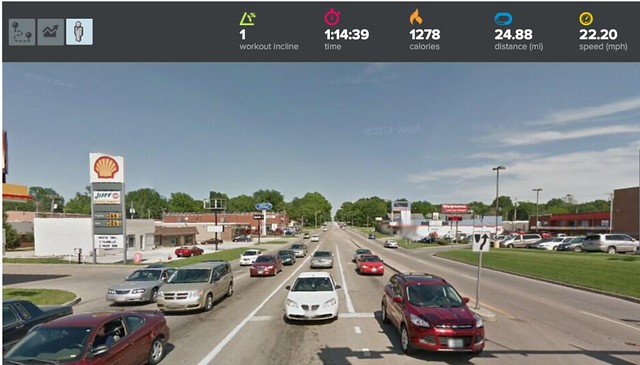 The trip log for Virtually Biking Across America is here. 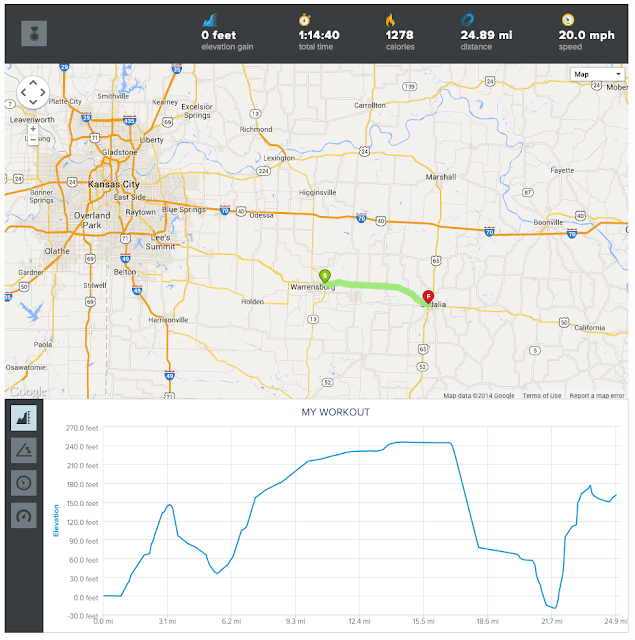 "Queen City of the Prairie," Sedalia is the home of the Missouri State Fair and the seat of Pettis County. George R. Smith, legislator, railroad promoter, founded Sedalia, 1857-60, when Georgetown, the county seat, refused land to the Pacific Railroad (Mo. Pac.). The railroad was routed through Pettis County when, under Smith's leadership, some $170,000 in Pacific R.R. bonds were raised to defeat other competing counties.

Named for Smith's daughter Sarah, whose pet name was "Sed," Sedalia was the terminus of the Pacific R.R. by Jan., 1861. The Union Army had headquarters and a supply base here. Confederates, lead by General M. Jeff Thompson, raided the post, Oct. 15, 1864.

Railroad town and seat of Pettis County, Sedalia is a city of diversified enterprises. It lies 910 feet above sea level on fertile prairie in a region claimed by the Osage tribes until 1808. The county, organized in 1833, is named for Mo. Congressman Spencer Pettis.

The State Fair opened here, 1901, on 160 improved acres given by Sedalia Now 276 acres, the fairground has over 60 handsome buildings. In Sedalia, 1894-1924, was George R. Smith (Methodist) Negro College built on land given by Sarah R. Cotton and Martha E. Smith. Several of Sedalia's early schools specialized in business education.