Sharon and I toured the Mill when we hiked in the park while the kids were at Six Flags for Jack's birthday.

This landmark is located in the Bale Grist Mill State Historic Park, Highway 29, 3369 N St. Helena Highway, 3 miles northwest of St. Helena, California. There are 16 other California State Historical Landmarks in Napa County. The GPS coordinates for this location are N 38° 32.480 W 122° 30.570. 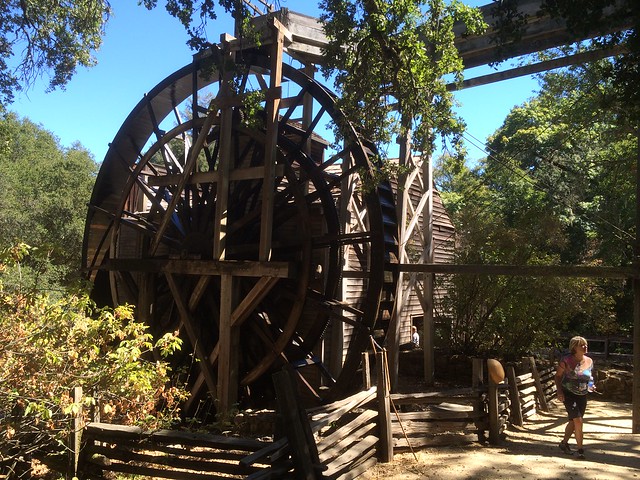 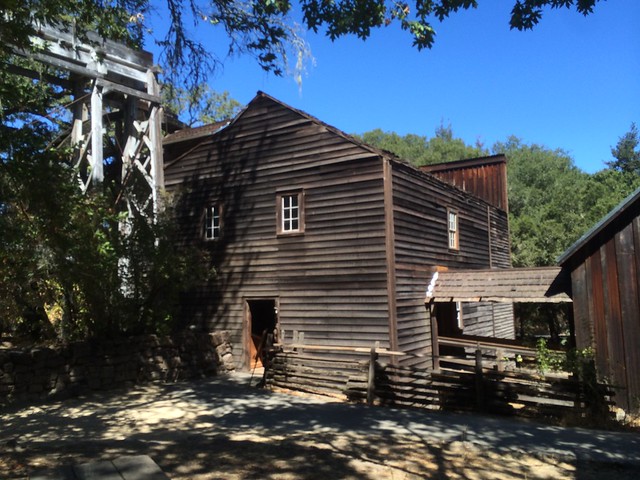 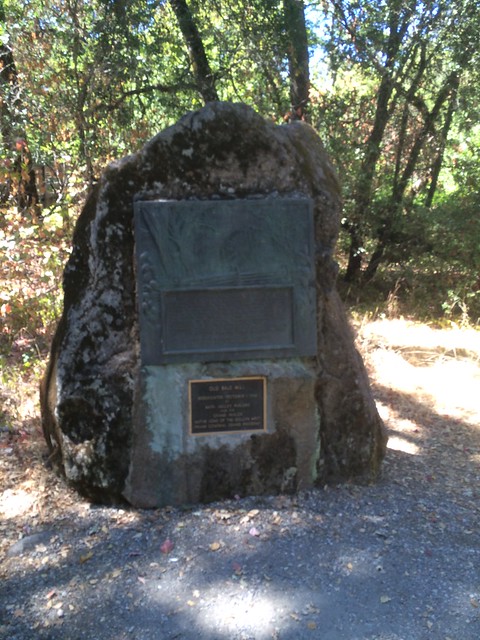 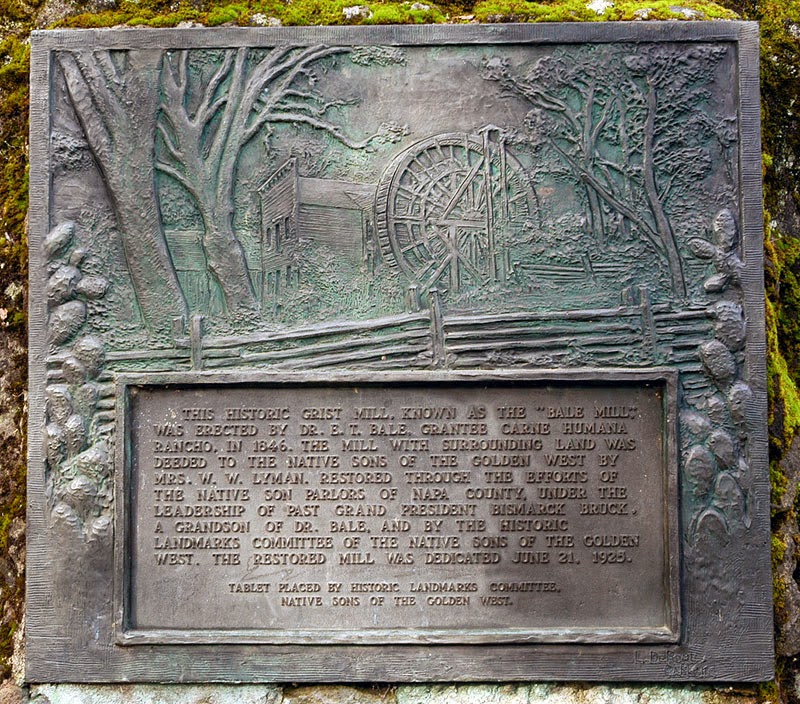 This historic grist mill, known as the "Bale Mill" was erected by Dr. B. T. Bale, grantee Carne Humana Rancho, in 1846. The mill with surrounding land was deeded to the Native Sons of the Golden West by Mrs. W.W. Lyman. Restored through the efforts of the Native Son parlors of Napa County, under the leadership of past Grand President Bismarck Bruck, a grandson of Dr. Bale, and by the Historic Landmarks Committee of the Native Sons of the Golden West. The restored mill was dedicated June 21, 1925. 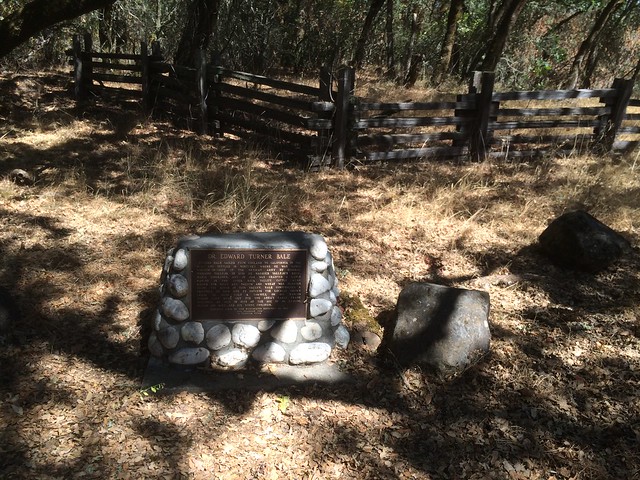 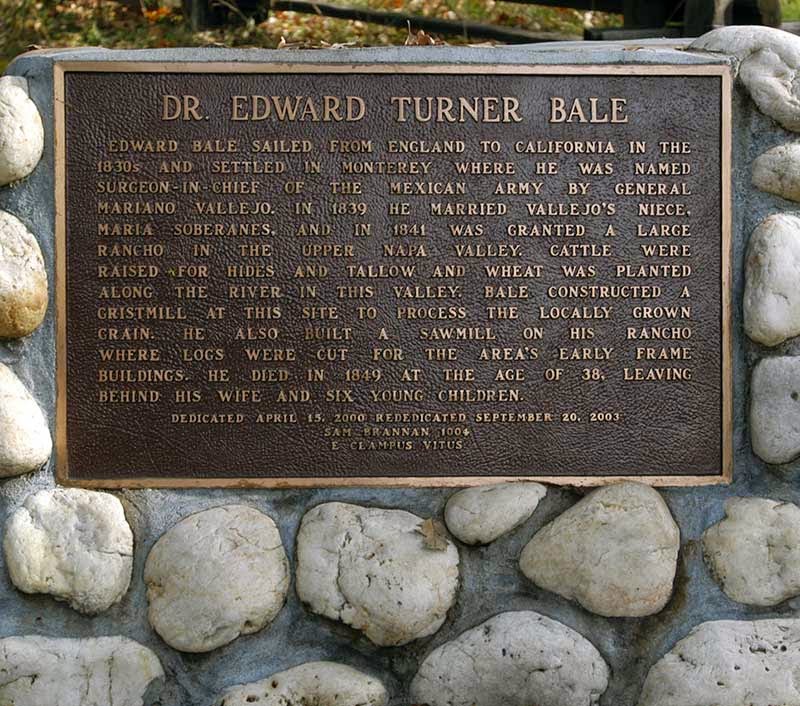 Edward Bale sailed from England to California in the 1830s and settled in Monterey where he was named Surgeon-in-Chief of the Mexican Army by General Mariano Vallejo. In 1839 he married Vallejo's niece, Maria Sobrantes, and in 1841 was granted a large rancho in the upper Napa Valley. Cattle were raised for hides and tallow and wheat was planted along the river in this valley. Bale constructed a gristmill at this site to process the locally grown grain. He also built a sawmill on his rancho where logs were cut for the area's early frame buildings. He died in 1849 at the age of 38, leaving behind his wife and six young children.