I was relatively pleased with how I played. I shot a fairly honestly scored 106. I parred the par three fourteenth; it was playing to the elevated green. I used one mulligan off the tee on the back nine and didn't lose a ball.

I am amazed at how well Jack played. He hasn't played since Rod's tournament in April.

It was a hot slow day. It took us five and a half hours to play eightteen. Larkin dropped after teeing off on the fifteenth. Jack and I both kind of faded on the last couple of holes. 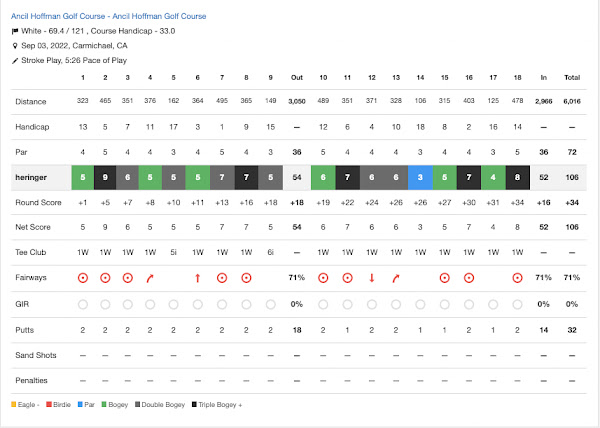