Jack was 2 for 3 at the plate. He struck out his first time up. He struck out on a low and outside called third strike; much to all of the kids chagrin, the umpire called that pitch a strike all day. In his second plate appearance, he hit an infield single to the right side off the pitcher's glove. He stole second and third, but got stranded at third. Jack hit a hard shot to the left side in his third plate appearance to drive in one run. The shortstop had tried to make a long throw to first to get Jack, but he beat the throw. In the ensuing confusion, a runner tried to go from second to home, but was thrown out at home.

Jack played five innings at shortstop. Jack made a couple of nice plays in the field. Cleanly handling the only grounder to shortstop, he threw out the runner. Jack also took two relays to tag out runners trying to advance to second.

The Padres starting pitcher struck out 9 batters in the first four innings and they went on to win by a score of 7 to 2. Their record is now 6 wins, 6 losses and 1 tie. 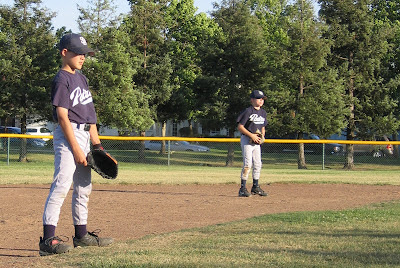 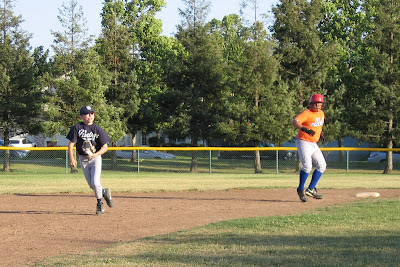