Waiting for Drew and Kaylen, I walked to Bryant Park and through the Main Branch of the New York Public Library.

New York Public Library and Bryant Park
National Register of Historic Places #1966000547
See this location on Yahoo Maps in Flickr
See this location on Google Maps
These historic places are bounded by Avenue of the Americas, 5th Avenue, 40th and 42nd Streets, in New York City in the county of New York, New York. The GPS coordinates for this location are N 40° 45.176 W 073° 58.889. 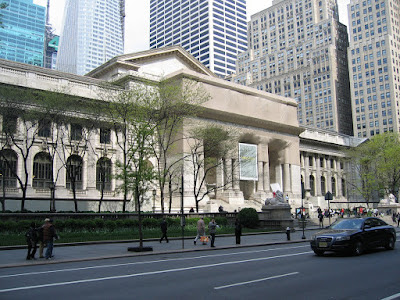 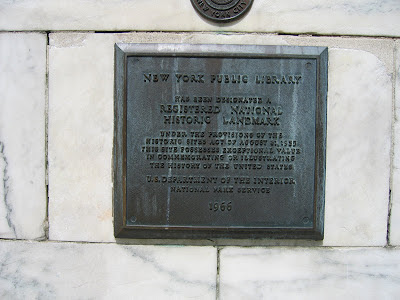 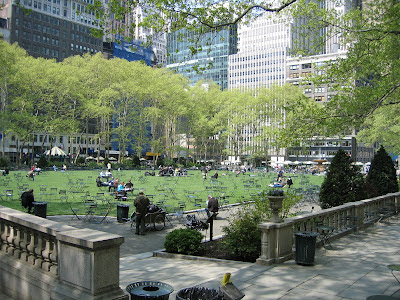