Up fairly early, everybody headed to Austin's Lacrosse game. Although the game has always appealed to me, this is actually the first time I have ever watched a lacrosse game. I am interested in trying to see a collegiate game played some time. Austin's Fall Church team won 5 to 0. 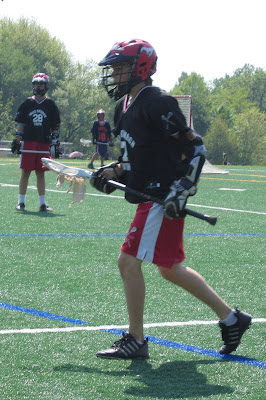 After the game, Barb dropped us at a Metro station and the boys took the train to the new Nationals Baseball Stadium. 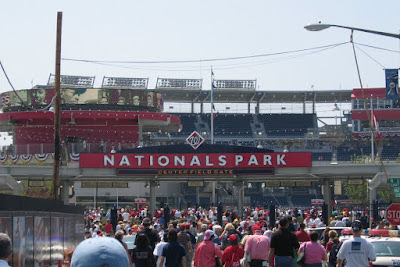 We saw the Nationals play the Pirates. In a wild high scoring game, the Nationals won by a score of 9 to 8. National's shortstop Guzman went 4 for 5 with 6 RBIs and two runs scored. We walked down and found some seats on the wall along the third base line in the last couple of innings. Austin got a foul ball. 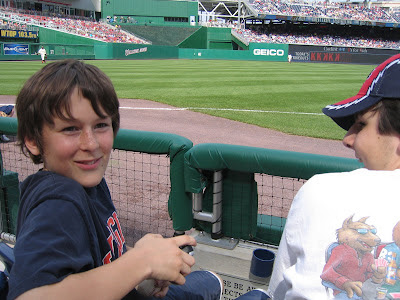 After the game, we walked towards the Capitol to a less crowded train station and headed back towards Falls Church. Barb rolled up to the station as we walked off the train.

Nooter, Wallen and I did some shopping and Nooter made a great late dinner of grilled tuna and crab cakes. We finished the late evening visiting around the dining room table until after midnight.