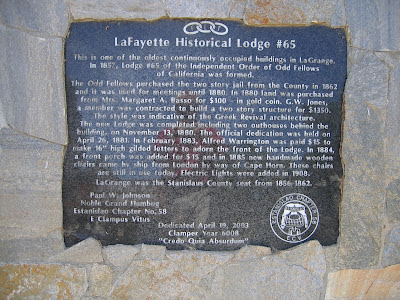 This is one of the oldest continuously occupied buildings in LaGrange. In 1857, Lodge #65 of the Independent Order of Odd Fellows of California was formed.

The Odd Fellows purchased the two story jail from the County in 1862 and it was used for meetings until 1880. In 1880 land was purchased from Mrs. Margaret A. Basso for $100 - in gold coin. G. W. Jones, a member was contracted to build a two story structure for $1350. The style was indicative of the Greek Revival architecture.

The new Lodge was completed including two outhouses behind the building, on November 13, 1880. The official dedication was held on April 26, 1881. In February 1883, Alfred Warrington was paid $15 to make 16" high gilded letters to adorn the front of the Lodge. In 1884, a front porch was added for $15 and in 1885 new handmade wooden chairs came by ship from London by way of Cape Horn. These chairs are still in use today. Electric lights were added in 1908. 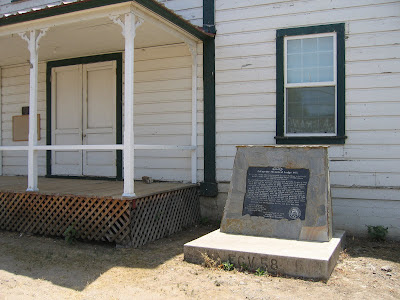 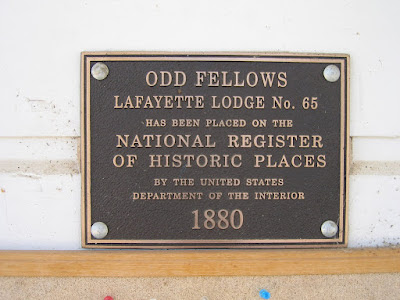