Sharon and I have made it a tradition to host a fall dinner party [2008, 2007, 2006, 2005, 2004, 2003]. From a smaller event ten years ago, the party has taken on a life of its own. This year's group totaled twelve; this matches biggest group that we have ever done. The guests included the Cunninghams, Gainsleys, Sanborns, Pat and Bernard, Sherry and Janie. 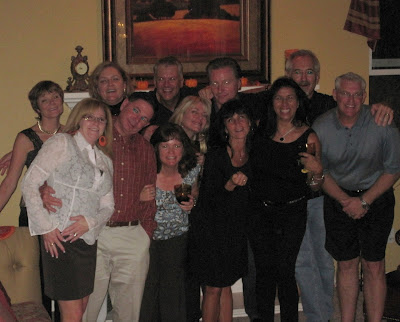 We were able to get everyone out of the kitchen and into the backyard before dinner for caviar and vodka. This year's main course was wild boar. I will post the full menu in the next couple of days. 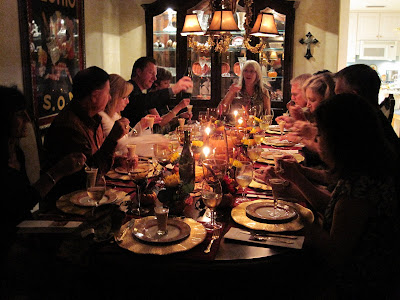 Continuing something that we started last year, before dessert, we showed a video. Last year we showed Dinner for One. This year, we showed two Justin Timberlake Saturday Night Live skits.