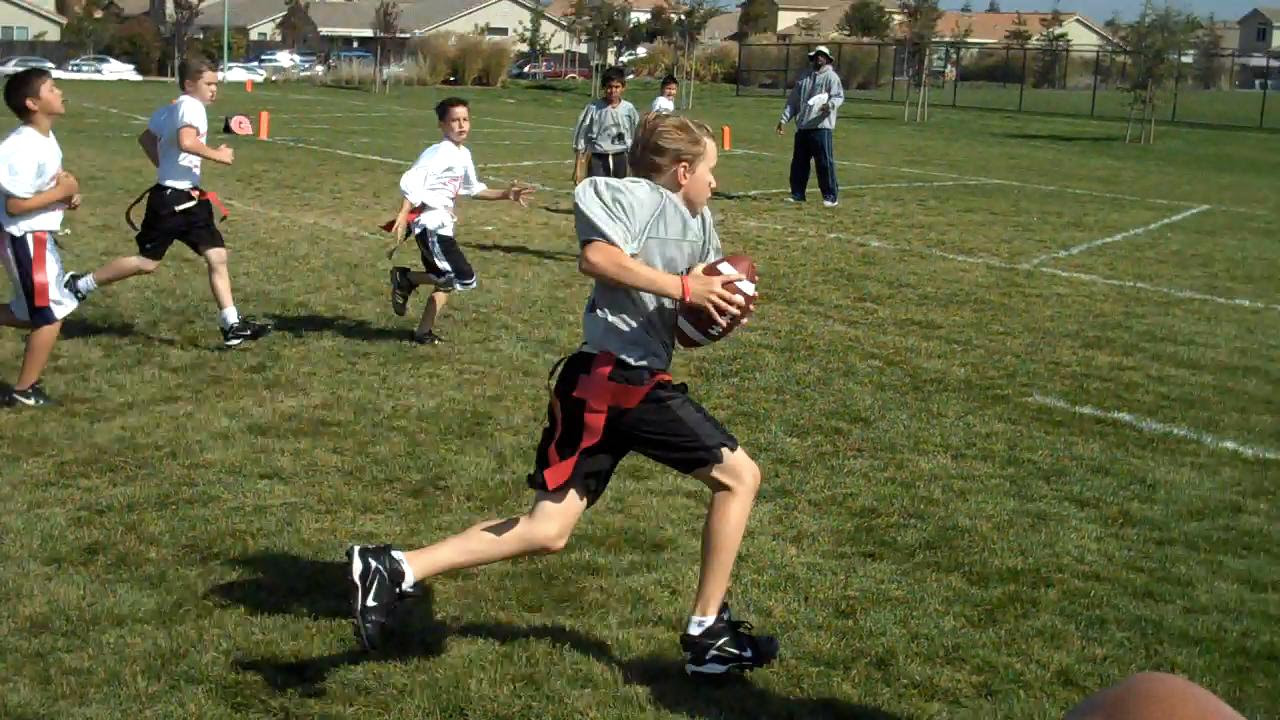 Jack played in his fourth game of the 2009 CSD Flag Football season. He missed last week's game playing baseball in the tournament in Tracy. The Quick Silver played the White Knights; Cole was on the other team.

He played offense in the first half. Jack had two catches. The first catch for a small gain and the second catch to score an extra point after their second touchdown. Jack ran the ball three times. He got a short gain early in the first half. With Jack playing halfback, they ran a half back option twice. The first time Jack swept left and threw a low pass into the end zone for a touchdown; the receiver made a nice catch. The second time Jack went left looking to throw, put the ball away, reversed his field and sprinted into the right corner of the end zone.

Jack played defense in the second half. He had one interception that he returned about 40 yards for the touchdown.