From the Fall of 2003 until the Spring of 2009, Sharon served as the art docent for Jack's class. About once a month, she would spent a couple of hours presenting a lesson on variety of subjects. Once they reach sixth grade that program stops and they have art as a formal elective. Sharon enjoyed doing this so she decided to volunteer to help with some of the younger grades.

She spent the afternoon as the art docent for the third grade class. This class has at least eight siblings of kids who are in Jack's class. The lesson introduced a more in depth look at portraiture. She gave the same lesson to Jack's class a little over three years ago. The Mona Lisa poster that she had brought back from the Louvre and put was still in the art box and she used it. The lesson also looked at four other portraits: American Gothic by Frank Wood; Don Manuel by Francisco de Goya; and George Washington and The Skater by Gilbert Stuart. 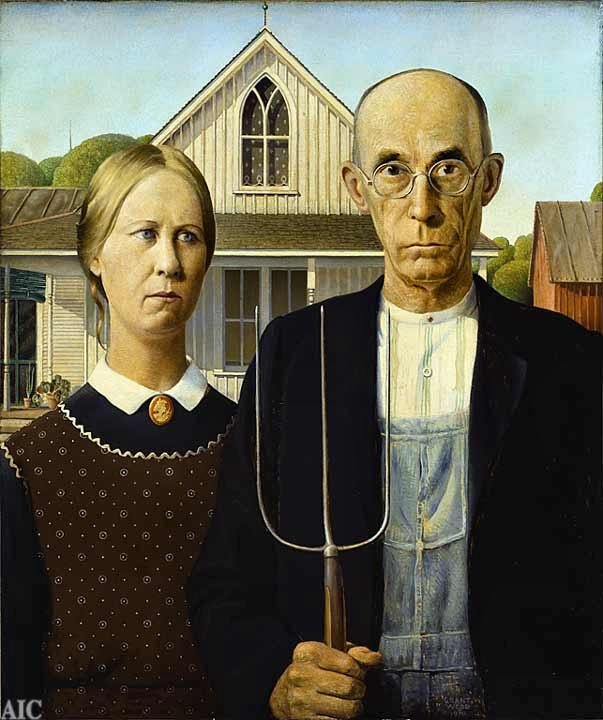